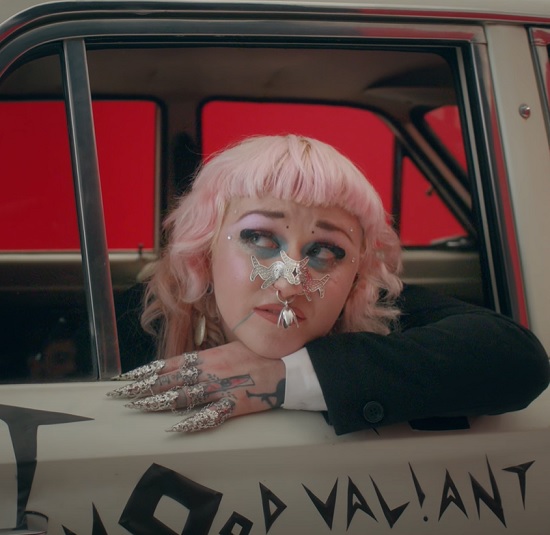 We don't know if you've been paying attention, but Australian alt-soul act Hiatus Kaiyote has a new album on the horizon. We first got wind with the soul-meets-Brazillian funk of lead single "Get Sun." The sunny disposition of that one had us ready to throw our money in the band's direction. However, it looks like their upcoming Mood Valiant will be offering many different moods, as evidenced by their latest single "Red Room."

The track, completed during the same sessions as "Get Sun," is almost that song's polar opposite. A moody, bluesy sound is set by bass, guitar, organ and piano to make the track perfect for the rumination to follow. "I got a red room / You can see right out / When the sun sets in my bedroom," vocalist Nai Palm sings. "It feels like I'm inside a flower / It feels like I'm inside my eyelids / And I don't wanna be anywhere but here." The poetic lyrics are repeated throughout the course of the song, but it's not necessarily about what she sings as how she sings it — which is with a passionate conviction that sounds like a mixture between prayer and confession.

The song's video finds the HK members standing around a rotating car tricked out with their upcoming album's name all over while Nai Palm sings. Eventually, the room that they are in turns a candy-apple red, and the fellas flank her as she continues to sing. They all get into the car as the song fades, and the camera lingers on them vibing inside the car's interior.

We're here for Mood Valiant having mood swings as long as we get to hear the musical goodness that Hiatus Kaiyote always brings to the table. Settle into their "Red Room" below, and look for the set to arrive on June 25th.