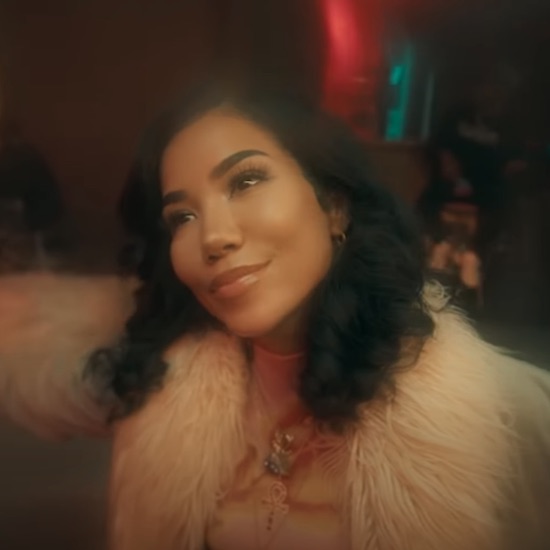 Yesterday was 4/20, the unofficial weed smoker’s holiday. As a well-documented fan of the sticky and the icky, Jhené Aiko decided to revisit her album Chilombo with a music video for “Tryna Smoke.”

“Tryna Smoke” is about using that green to help deal with life troubles. Aiko delivers her signature pillow-soft vocals over a tranquil laid-back groove filled with harmonies, voiceovers and quirky lyrics like, “If I could fly / I would probably never come down / With all of the bulls**t confusion on the ground," and “I know life’s a b***h, but she could at least give me head.” There’s also a bit of comedy with a skit of a drug dealer trying to offload some suspect product on a customer who ain’t having it.

For the video directed by Eyes, we're invited into a casual smoke session between Jhené and her closest cohorts, including her sister Mila J, boyfriend Big Sean and more. The smoke session is an homage to a scene from That 70's Show. The clip starts with someone trying to purchase an 8th, from the POV of the bag of weed. That baggie continues to make an appearance as people reach into the bag and take a whiff, grind the buds and roll up. Things get more trippy as the video goes along, with Aiko singing through a kaleidoscope filter, Big Sean’s eyes getting bigger than his head and people fading out of consciousness.

Whether you light up or not, “Tryna Smoke” is a fun addition to our playlists and the kickback-style video is super chill. We'd love to hear a remix to the track with some other West Coast smokers on deck to pass the blunt and the mic.