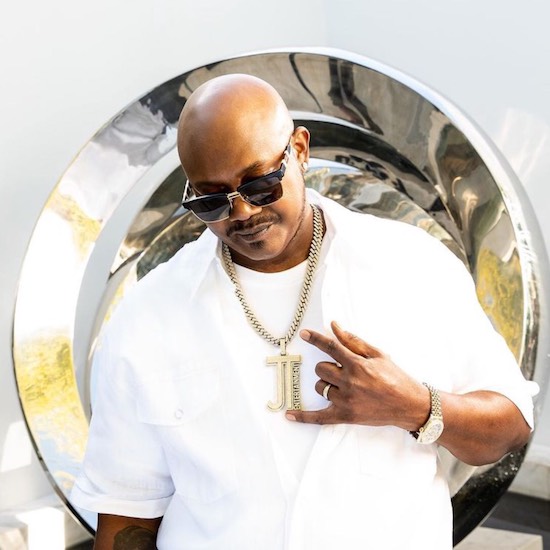 One-fourth of the legendary '90s R&B group Jodeci and one-half of the duo K-Ci & JoJo, JoJo Hailey has cemented himself as part of music history. But he and his brother’s troubles with drugs, alcohol and reality TV have cast a shadow over their record of Billboard hits. That hasn’t stopped the singer from continuing to pursue his passion, and he's back on the scene with the new single "Official."

On “Official,” as you might have guessed from the title, JoJo is ready to get down on one knee and make the woman his wife. Hailey harmonizes over a groove of guitar licks, drums, hi-hats and synths, singing about how the woman in his life makes him feel. If the track sounds familiar, that's because it interpolates Jodeci's "What About Us" from their 1993 album Diary Of A Mad Band throughout. The familiarity of the music is welcomed, as JoJo's voice exhibits some wear and tear.

“Official” is the latest solo single from JoJo Hailey, following tracks “Special” featuring a remix with Snoop Dogg and “In My Arms,” released on his own label, JT Entertainment. JoJo was also part of the Jodeci reunion album, The Past, The Present, The Future, that was released in 2015, not to mention his last K-Ci & JoJo album, My Brother’s Keeper in 2013.

While we wait to see what JoJo Hailey's next move is, listen to "Official" and let us know if it makes you say "Oooh yeah!" or "Awww nah!"