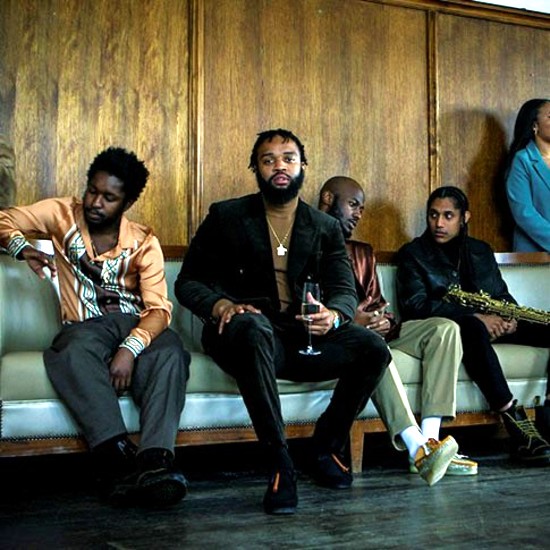 Following the release of his 2020 album Almost An Adult, singer/songwriter/rapper Jords returns with an audacious single entitled “Enemies.” The vibrant track features the familiar flavor of Masego on the hook and a verse from South London’s own kadiata. The talented trio serves plenty of big and boisterous talk, as they take turns shouting out their haters and showing love to those that remain loyal. As we move into warmer weather and return to at least some sense of normalcy, this bop is exactly the type of carefree energy we crave.

As the track brings together vibes from both stateside and across the pond, it seems Jords has achieved his goal of “bridging the gap and showing that the sound is global but local.” Though he and kadiata have known each other for quite some time, this latest collaboration is noted as “long overdue.” kadiata recalls, ‎‎"We linked up and set up studio in a Brighton apartment near the sea to get away from London for a little ‎minute. I just went with whatever came natural to me which was to be funny, witty & relatable.”‎ Uncle Sego contributed his signature swag via email and says, “The track was Jords' idea, I just brought it into my world and I love what it grew into.”

Pop your collar to Jord’s “Enemies” featuring Masego and kadiata below, and be sure to add the track to your collection from your preferred digital platform.