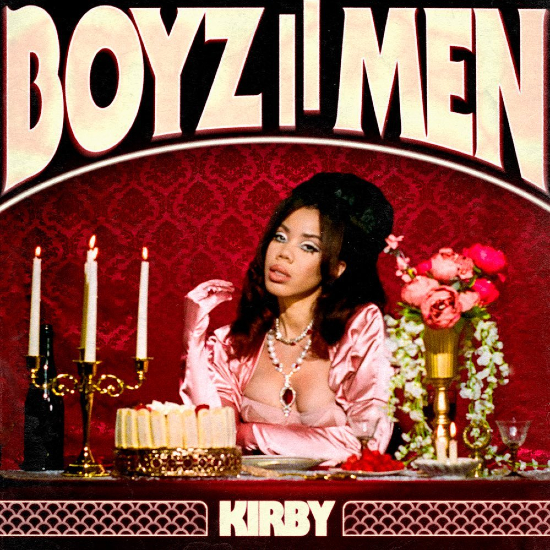 KIRBY has had her share of experiences in love — good, bad, ugly and some very immature. She discusses the latter on her new single “Boyz II Men.” No connection to the song by New Edition or the superstar R&B group, the Bounce-Worthy songstress explained that the song is about, "the bad choices I’ve made in love. I love it because there was a time when I would look back at my love life and think ‘GIRL WHAT WERE YOU THINKING?’ Now that I can sing about those situations and not cry lets me know I’ve truly grown from them." Kirby describes the track as a “tell-all R&B anthem,” but we’ll settle for just calling it a jam.

“John was a cutie with a baby face / He used to pull up on me lately,” KIRBY sings on the first verse, cluing us in that she’s about to give us the tea and the dirt. Over the course of the track, KIRBY lays out how John, Shawn and Paul did her dirty. But she also mentions her failings, such as paying someone’s rent. While she is truly the victim of these circumstances, she understands where she played a part and has grown from a girl to a woman. Meanwhile, producer Spencer Stewart did his job on this smooth but funky throwback track.

If we have anything bad to say, well, it would be the fact that the track comes in at just over two minutes. We were hoping to hear some stories about more members of Boyz II Men besides Shawn Stockman. Maybe throw a "Tyrone" in there for good measure like Erykah Badu. But like any great storyteller, KIRBY keeps her audience wanting more.


TAGS:  audio, boyz II men, KIRBY, new edition, spencer stewart
Previous: Rochelle Jordan Has Got A Little ‘SOMETHING’ For You Next: Kelly Price Is Thankful For God’s ‘GRACE’ On New EP