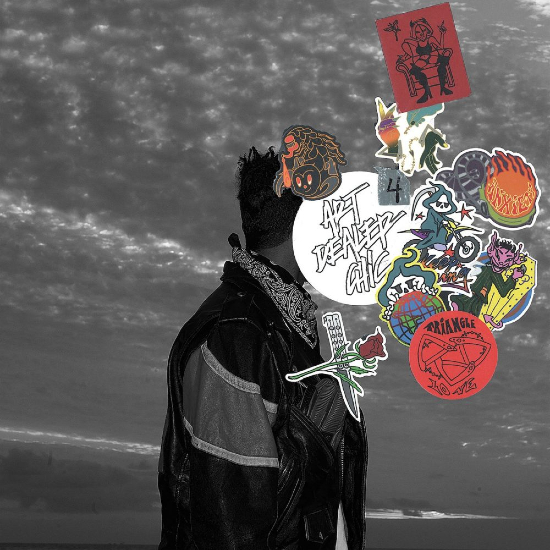 It’s been nearly a decade since Miguel blessed us with the last entry in his Art Dealer Chic micro-EP series. The projects were a preview of the sound and vision of the artist, with “Adorn” from Vol. 1 helping to make Miguel more than just a regular degular R&B dude but a renowned artist and household name. After making the first three EPs finally available for streaming, Miguel has now reprised the series with Art Dealer Chic Vol. 4.

Vol. 4 is a continuation of the rock sound that Miguel has cultivated over the last few years, with a few sonic surprises here and there. “I’ve been doing a lot of work to consider and refine my beliefs in the last few years,” Miguel recently said in a statement. “Inevitably, this brought me back to Art Dealer Chic, as ADC is more or less a moniker for active mindset curation; choosing the thoughts, emotions, and actions that reflect my truest self instead of letting what I’ve experienced or what is expected of me dictate my choices. As a basic operating system, this mentality has made a profound impact on my life and I want to continue to share how through the music and the conversation around ADC.” If the current volume of the series is any indication of what’s coming with his next album, then we’re definitely in for something special.

The EP opens with the previously released single “Funeral” from 2019, a raunchy R&B meets rock track about putting it down so good in the bedroom that it will feel like you died. While the suggestive lyrics might be a bit much for some, the bouncy synths and Nine Inch Nails-esque groove make for an impressive soundbed. Next up is “Triangle Love,” a ballad about being in a love triangle with your best friend and his girl. On the track, Miguel is having a conversation about the tryst with the woman in question over crunchy electric guitars, flutes, bass drums and synths. Miguel references songs like Billy Paul's “Me And Mrs. Jones” and uses quotes from the film Closer. In fact, the track ends with a voiceover clip from the movie where Clive Owen and Julia Roberts' characters have an argument about her infidelity.

“Thinking Out Loud” switches things up production wise, as it sounds like a Timbaland production meets a psychedelic fever dream. Miguel layers his vocals to create an airy, atmospheric vibe that works well with the experimental soundbed. Listening to the almost stream of consciousness lyrics, we’d guess the “Loud” in the title is referring to that sticky icky and trying to find an escape from the world, even though the only way to truly escape is to face your worries.

The final track “So I Lie” deals with the pressures of his fame. “Laugh and the world will laugh, too,” Miguel mulls. “Cry and the world laughs at you, girl / So I lie to myself / Let’s be real, I’m afraid of how I feel / So I lie to the world.” Miguel share his truth over a low-key, unassuming Caribbean-inspired. Miguel also released a video for the track, where we ride along with the singer on his motorcycle as he tries to escape the pressures of the world and find solace on the beach. There’s also a montage scene where we see different visuals that may relate to the album and reveal that his wife, Nazanin Mandi, is pregnant. Or could it be just another lie? (Spoiler alert: It is.)

Art Dealer Chic Vol. 4 is the first project we’ve received from Miguel since his last album, 2017’s War & Leisure. The EP shows his growth and continued experimentation with his sound, as well as his continued indulgences in sexual explicitness. But at this point, you know what you’re going to get with Miguel and that's to expect the unexpected.