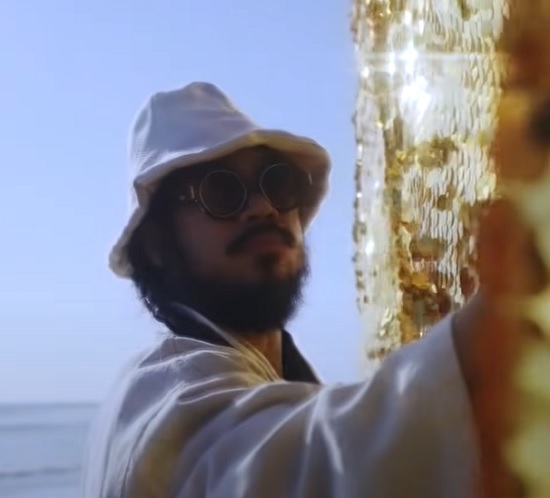 MNDSGN is well-known for his amazing skills as a producer. So when it comes to his own solo material, we expect nothing less than the best. That's what he's giving in the lead up to the release of his upcoming album Rare Pleasure. He's offered up a stellar first listen with lead single "Hope You're Doing Better." Now he's coming at us on the romantic tip with his new single and video "Slowdance."

"Slowdance" is a quiet storm-ready jam full of soft piano, strings and the dulcet tones of MNDSGN as he sings. "If we slow dance / I can really take time to get to know you better," he sings softly. "If we slow dance / We can really take time to get to know each other." With a groove that's slow, sweet and intimate, it's without a doubt the right soundtrack for getting closer than close. The video for the track emphasizes this with its hazy look and simple scenes. We watch as MNDSGN builds the perfect backdrop with a gold-sequined curtain and a ring of flowers on the beach. Suddenly, we're transported to an empty concert hall as sets of dancers move in unison inside the ring of flowers. The scene is both beautiful and sensual, taking on the song's feel perfectly.

Rare Pleasure won't be making its way to us until June 4th, but you can let "Slowdance" serenade you when you listen below and then check out the relaxing and romantic visual as well.