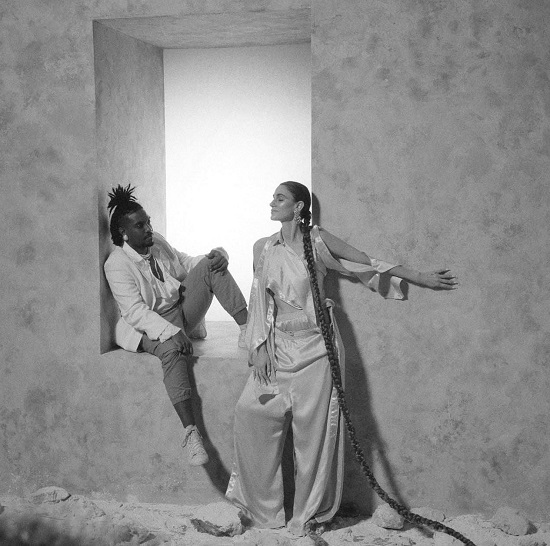 If her recent single "Not Up For Discussion" wasn't enough indication, Niia has a new project on the way. Her new EP If I Should Die is set to arrive later this year. The vibes will definitely be in full effect for this one based on the lead single alone. But before it's released, she's giving us another listen with the set's second single "We Were Never Friends" featuring fellow singer-songwriter Solo Woods.

"We Were Never Friends" finds Niia flexing her writing muscle, with lyrics that pull our attention as she navigates life post-relationship with a former flame. "When I saw your face / Fell in love with all your ways / Now it's not the same / I don't know what to say," she sings. She then goes on to tell the story of her move to LA and the trials and tribulations that led her to her current state. Solo is along for the ride, adding counterpoint harmonies to the affair that really make the song sing. When added to the simple guitar melody, it paints a haunting picture that resonates with the listener.

"I was only supposed to be here for a month," the singer told American Songwriter. "Back then, I was… not green but a little naive about wanting to be friends with all these people who I thought could help me. I was really trying to establish all these relationships, and I realized they weren’t good for me. I didn’t need to be friends with people who weren’t bringing me joy or really looking out for my best interests. Even when you date someone, sometimes it doesn’t start as a friendship, and after you break up, it’s like 'Well, we were never friends, so why are we talking anymore?'"

Listen to the latest from Niia and Solo Woods when you press play.


TAGS:  audio, Niia, Solo Woods
Previous: BINA. Reflects On Old Drama With New EP ‘This Is Not A Film’ Next: Romero Mosley & Iman Omari Try To Work It Out In ‘Stay Together’