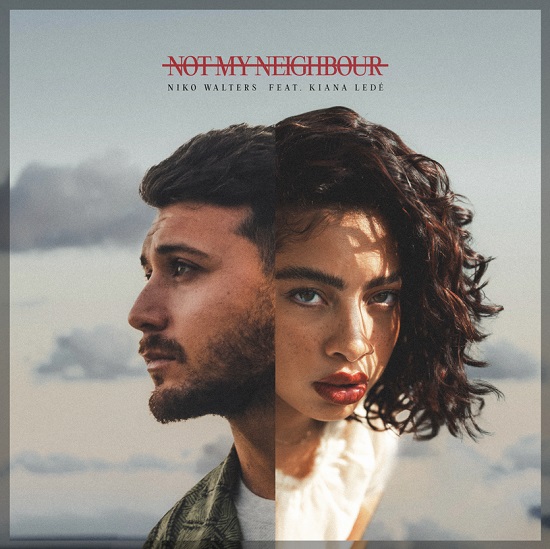 Singer-songwriter Niko Walters caused quite a stir last year with his single "Not My Neighbour." The New Zealander's song not only utilized R&B effectively, he also used it to tell an unusual story (this one dealing with an unspecified crime that has netted the singer a nice sum of money). With it taking off in his native land, it was only a matter of time before it crossed over internationally. It's doing just that with a new remix that brings U.S. singer Kiana Ledé and turns the song into a duet.

The majority of the song stays the same this go-'round. That includes the laid-back guitar and the easygoing drums that made it as earworm-y as it was the first time. Niko's verse also doesn't change as he introduces the scenario. "We gear up in the ski mask / And put the gas in the car / It's 4 AM and we're driving down the highway / With a bag full of money, dirty laundry," he sings. His actions have the cops knocking on his girl's door, and that's where Kiana comes in. Rewriting the second verse, she gives us the girlfriend's view of the situation. "I knew you would get me in trouble / Love to see you bursting my bubble / Cover for you closin' my eyes," she coos. "Cover my body need your disguise /Don't think we losing this time / But I might be losin' my mind / 'Cause every guy that's a criminal / Needs someone on the inside."

This Bonnie and Clyde dynamic was a fun one for the singers to play with. "When she called me and played me the ideas for the song straight over the phone, they immediately hit hard and worked with the whole vibe of the song. It's awesome and bizarre to have someone so talented, from a different country and culture, come in and put a fresh spin on something you've made," Niko said of the collaboration. Kiana also sang Niko's praises, saying, "It was joy to work with Niko on this song, I got to really tap into my alter-ego."

It looks like Niko Walters and Kiana Ledé are most definitely a musical match. Maybe that means more collaborations will be coming from the twosome. Get into the remix of "Not My Neighbour" when you press play and then pick up your own copy of the track here.