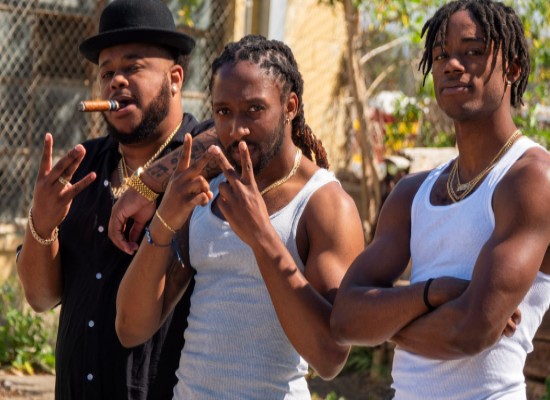 With less than a month to go before the release of his third solo project, Patrick Paige II continues to bless his anxious and adoring fan base with both music and visuals from the upcoming album. His aptly titled third single “Big Plays” features fellow Los Angeles native and rapper Westside McFly and is laced with plenty of boss talk and West Coast flavor. "‘Big Plays’ pretty much speaks for itself,” Paige explains. “‘Big plays boss moves’ is the energy of the song and the energy I’ve carried and continue to carry making and this entire album. One of the strongest and one of my favorite affirmations on the album.”

For the visual, once again Pat tapped director Ethan Nelson to create a cinematic and comedic feature to accompany the track. We watch as he trains, and we cackle as he showcases his strength after he acquires “the glow” following a mediation session. He effortlessly throws up barbells with one arm and single-handedly tows a low-rider with only a couple of lines of rope, before celebrating his win after beating out the competition. The fun clip is brilliant and serves as a metaphor for the resilience and determination needed to make it in both life and the music game.

Listen to and peep Patrick Paige II’s “Big Plays” right here, and make moves to your preferred digital platform to grab the song. His forthcoming album If I Fail, Are We Still Cool? is available for pre-order now ahead of its May 21st release date via Fat Possum.