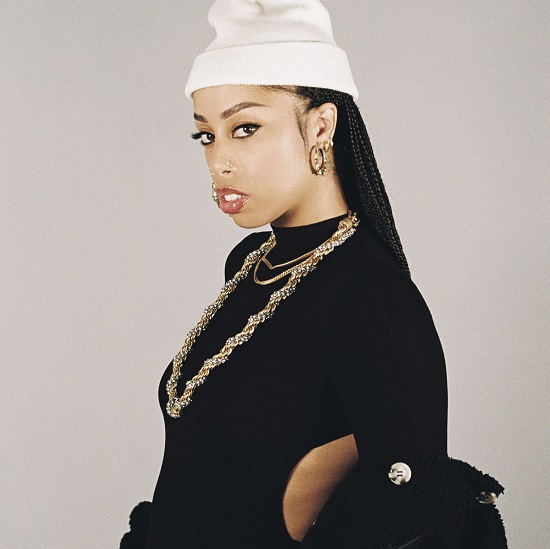 The official return of Rochelle Jordan is just mere weeks away and we couldn't be more excited. So far, the singer has teased her sophomore album Play With The Changes with three new songs — "Got 'Em," "All Along" and "Next 2 You." If you thought she was done, though, you were very mistaken. She's back yet again with some newness, this time rocking with her Machinedrum-produced song "SOMETHING."

"SOMETHING" is the perfect showcase of Rochelle and Machinedrum's chemistry. The frequent collaborators often cook up magic when they work together (check out 2017's "How U Want It" if you need further proof). The same is true here, with RoJo riding the producer's disjointed electro-beat with precision as she contemplates what a relationship could become. "Here's to the night and many more/ Here's to the one that I adore," she sings. "He be the one I'm looking for / When I try to settle down but not tonight / Am I falling in love? It feels so right." Though her heart might be aflutter, she still plays it cool as a cucumber on the chorus, letting us know that "it could be something / or nothing nothing" on the glitchy chorus.

"I took a bit of time in 2016 to reflect back on my previous project and realized I had been sitting in the more emotional side of myself and was speaking to being hurt a lot," Rochelle said about the song's creation. "'SOMETHING' was the start of me rebelling against my more vulnerable side and learning to let go of expectations. I wanted to learn to have an attitude of 'What will be, will be' and that opened up the direction of where my writing would go for this project, less emotional, more nonchalant, and straight-up taking control of myself and situations. 'SOMETHING' is a reflection of that mindset for sure."

At the rate she's releasing singles, we imagine we'll hear even more of Play With The Changes before the set is released on April 30th. Until then, get into "SOMETHING" with Rochelle Jordan when you press play.