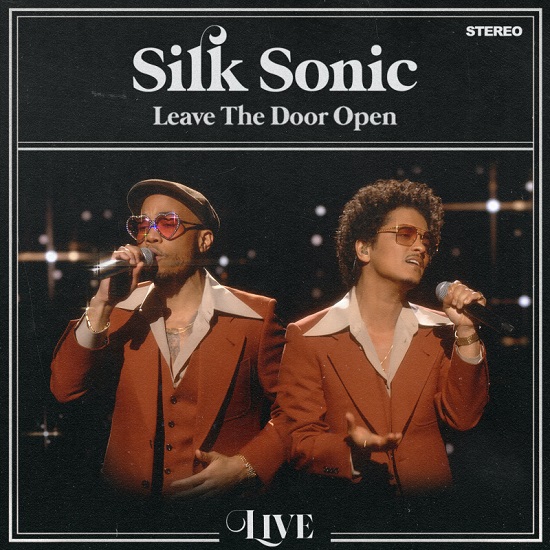 It might be 2021, but the fellas of Silk Sonic had us longing for the soul of the '70s with their hit "Leave The Door Open." Then they got us open even further when they performed the track live for this year's GRAMMY Awards. That version had fans clamoring to have it as part of their own collections. And who would they be if they didn't oblige their fans? To that effect, Bruno Mars and Anderson .Paak have given the fans what they want by officially releasing it to the masses.

The live rendition was swoon-worthy to watch, but you don't need the visual to enjoy it. The fellas add an intro by Bootsy Collins (who also serves as the host for their upcoming album An Evening With Silk Sonic) into the mix, but otherwise the music and vocals are the same as the GRAMMYs performance. Minus the distraction of their flashy moves on the stage, you get to hear the slight changes made to the single. This includes Andy changing up his inflections to emphasize certain words and playing with notes and phrases during his verse. Meanwhile, Bruno puts his own stank on a couple notes and phrases himself. Then, of course, there's the powerhouse ending where the fellas flex their vocal chops before the song comes to its sweet finish.

Along with releasing the new live version into the wild, Silk Sonic is also offering a limited edition CD single for fans who want that old school feel. For those who'd rather have that new school feel, the track is available to buy and stream from all your favorite services. You can also take a listen when you press play below.