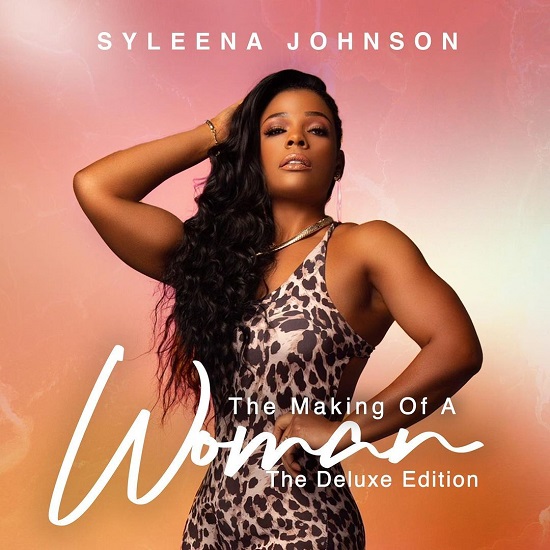 Syleena Johnson has many titles to her credit – author, actress, talk show co-host, fitness inspiration, slayer of hooks and R&B diva to name a few. However, this multifaceted shero isn't just a woman of many talents, she's a real one with stories to tell and lessons to give. Last year, she combined her musical gifts with life experiences to deliver Woman, a soulful collection of songs designed to empower and inspire. But her latest album The Making Of A Woman (The Deluxe Edition) proves that she isn't done with us yet.

The "Guess What" singer could have simply tacked on a new track at the end of Woman, and called it a Deluxe Edition without a complaint. Instead, the retitled version includes two new songs ("Never Been Better" and "Water"), plus a revamped intro ("Making Of A Woman") that touches on the societal issues that have plagued our community over the past year. While "Never Been Better" is about her happily letting go of an ex, "Water" tells the story of trying to hold on when your significant other starts pulling away. "I feel like I'm losing you / You're like water / Falling through my fingers away from me," she achingly sings.

In addition to the updated album title and bonus tracks, Syleena also rearranged the order of songs, creating space for a fresh perspective on the overall theme of the project. Preview The Making Of A Woman (The Deluxe Edition) below, download a copy for your permanent collection and tune in to TV One on Sunday, April 25th at 9 pm ET/8 pm CT as they give Syleena Johnson her flowers on Unsung.