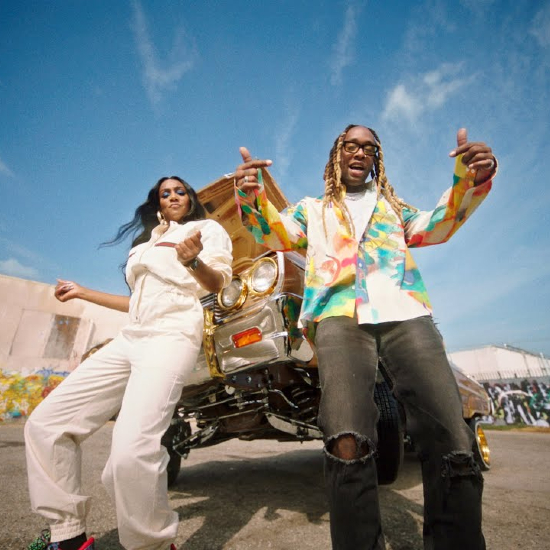 Ty Dolla $ign gives it up to the ladies one more time with the remix to “By Yourself.”

Originally a buzz single featuring Jhené Aiko and Mustard (no longer DJ Mustard) released last October, Ty has remixed the track by adding Bryson Tiller. If that wasn’t enough, the leading lady in the video is none other than comedienne Tiffany Haddish.

The original version of “By Yourself” always felt a bit short to us and adding Tiller to the remix is a great choice, though we would have liked to hear more from a woman’s perspective. But what we do get, though – Tiller bragging to a woman in a bad relationship to get rid of the zero and get with a hero – is still cool.

The "By Yourself" video starts with Haddish leaving a voicemail for her man, telling him how he makes everything about him – even her birthday – and that she can do bad all by herself. As the message plays, Ms. Haddish is walking around with her selfish boo, but as the title of the song appears on screen, her boo’s face is blurred out. After that introduction, we finally see Ty singing the track while standing next to an old school Chevy, with Tiff showing off her best moves to his groove. Tiller arrives on set dressed in khaki to deliver his new verse, making his case for the chick to get with him. Finally, Jhené comes through dressed in a white dress to give it up for the single mothers like herself out here doing it on their own.

The video for the “By Yourself” remix is fun to watch and breathes new life into the original track, which can be found on Ty Dolla $’s latest album, Featuring Ty Dolla $ign.