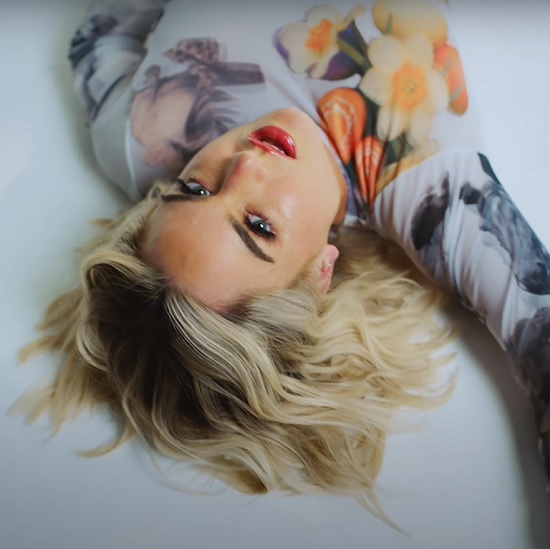 The season finale of hit show The Masked Singer has come and gone, revealing singer and TV personality Nick Lachey as the winner. While that's all fine and dandy, it should also be noted that the second-place finisher is no slouch herself. That's because the Black Swan was revealed to be none other than songstress JoJo. The beloved singer has never been one to not make the best of an opportunity and, in that fashion, decided to bless us with her new single "Creature Of Habit" and its video.

"Creature Of Habit" is another pop-R&B hybrid from the singer, though this one treads a bit of different territory. Rather than sing about the joys of love, the singer focuses on what happens when the love runs out over a music box-like melody. "Sometimes I have to lie / But I don't wanna fake it / Shouldn’t be someone's security blanket," she sings before describing the type of thrill she's looking for. "I want something more / I wanna love some random stranger / On the floor of some sleazy hotel room far away."

"'Creature Of Habit' is about someone who feels addicted to the habit of a relationship, even though they’re not truly happy in it," JoJo said in a press release. "Having experienced my own cycles of habits allowed me to find aspects of myself in the lyrics. Walking away from what you've become so used to can be really daunting. Sometimes it just feels more comfortable to stay in the habit, rather than allowing yourself the discomfort of letting it go. Essentially, it's the fear of the unknown that keeps us in the habit."

With this and her recent duet with Parson James, we get the feeling that JoJo's got something cooking. It remains to be seen what exactly that is, but you can enjoy both the song and it's stylish music video when you check below.


TAGS:  audio, jojo
Previous: Ballad Tries To Get To The Heart Of The Matter On ‘Read Your Mind’ Next: Lamone & Najee Deliver A Jazzy Ode To Love On ‘You Complete Me’