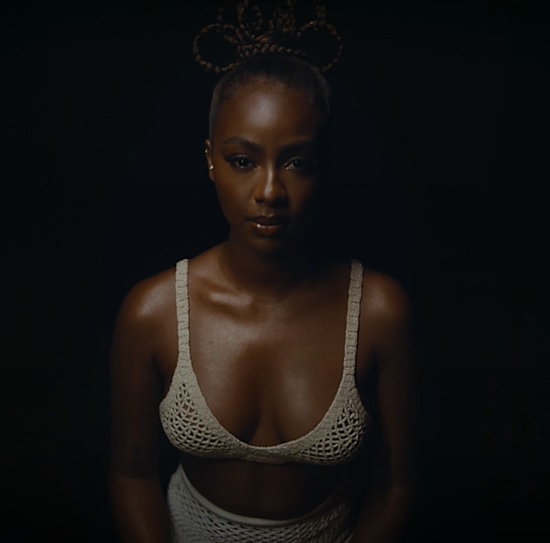 Justine Skye teaming with Timbaland on her upcoming album Space & Time might be a perfect match. Not just because what we've heard of the project so far has been pure fire, but also because it seems to be inspiring some creative visuals as well. We were already wowed with the clip for "Intruded" and now she pushes the boundaries even further with a video for her latest single, "Twisted Fantasy."

We watch Justine enter several different realms in the clip, with each more otherworldly than the next. We first see her dressed in orange as she walks toward what appears to be a portal surrounded by light. Once she steps through, she's transported to a dark place that shows us different aspects of her. Each side is styled differently -- with looks that can be only described as out of this world -- while still offering us undeniable sex appeal and sophistication. The heat is turned up at its highest when she and featured artist Rema finally come face to face. Though they never touch, they get very close in a way that suggests something intimate could happen at any moment. We're soon yanked out of her beautiful dark fantasy and brought to the natural scene at the video's start as she gives us a taste of a new song with a wavy groove of which we would love to hear more.

With just under a month to go before the release of Space & Time, we imagine that this won't be the final visual we get from the set. Get into her latest creative endeavor when you press play.


TAGS:  Justine Skye, Rema
Previous: Tiana Major9 Covers ‘Silly Games’ For Steve McQueen’s ‘Small Axe’ Soundtrack Next: Kindred The Family Soul Show Us How To ‘Break It Down’ At The Roller Skating Rink