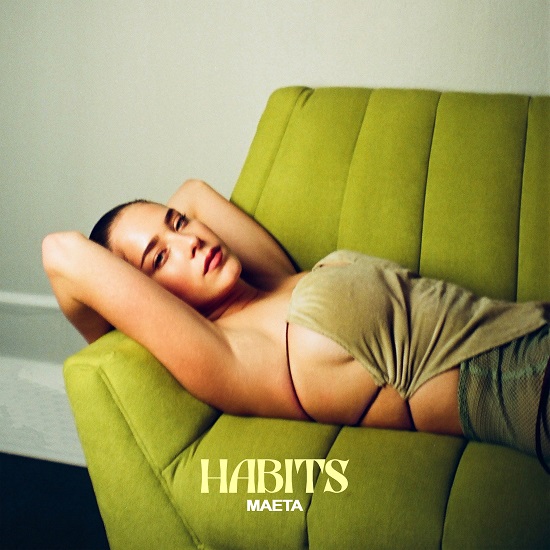 Maeta might not be a name you're familiar with (yet), but the 21-year-old Indianapolis native is making waves. Back in 2019, her song "Babygirl" brought her recognition, and she's been capitalizing on it ever since. Last year, she caught ears once again with the release of singles "Teen Scene" and "Toxic." This year she's signed with Roc Nation and given us more to know her by with the release of her new EP Habits.

Habits finds the singer-songwriter working with quite a few heavy hitters. "Teen Scene" is produced by GRAMMY-winning producer Kaytranada and features his signature bounce and a haunting vocal sample along with a verse from rapper Buddy. "Toxic," on the other hand, finds her working with Skrillex as she works out the issues of an on-again, off-again relationship with fellow singer BEAM. But it's not just who she's working with that sells Habits. It's her skills as a songwriter, which she flexes all on their own with well-written tracks like the title track, "B***h Don't Be Mad" and "Gift." Each cut is intelligently written and gets to matters of the heart that a young woman her age might be experiencing. And though very much of the moment, these songs paired with her wispy, crystalline vocals and precise production make this EP a possible herald of a star ready to rise. Plus, any new artist willing to offer a cover of Zhané's "Sending My Love" that sounds this good without coming off as derivative is someone worthy of giving a spin.

We don't know what the future holds for Maeta, but we definitely can't wait to see what she does as her career continues to flourish. Stream Habits in full right here and then stick around to see the visuals for "Teen Scene" and "Toxic."