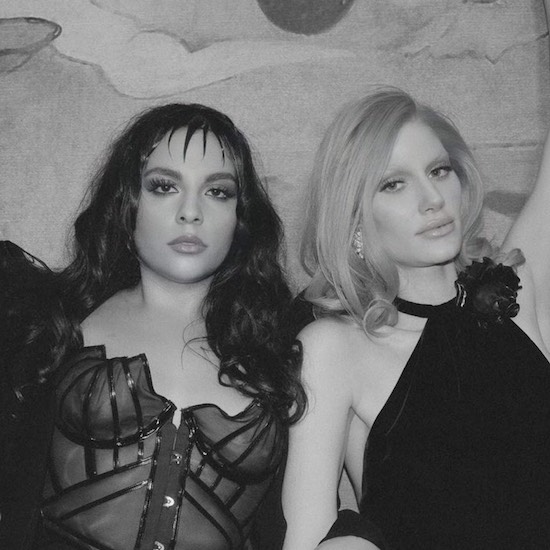 When a relationship is over and done with, do you ever wonder what your former other half might say about you? Will they be kind? Will they harbor resentment? Will they share all of your dirty laundry just to be petty? Niia can't help but wonder will her secrets and transgressions remain under lock and key with the man she used to love on her latest single, "If I Should Die" featuring Girl Ultra.

“If I Should Die” is a ballad about trust and loyalty between lovers, even when the relationship is over. “If I should die / Would you hide my mistakes I left behind?" she asks so sweetly and innocently, concealing the selfishness of her request. While the Spanish lyrics sung by Girl Ultra may not be understood by all, her delivery over the production matches the groove effortlessly.

In the accompanying video for “If I Should Die” directed by Niia herself, she is having a wild night out drinking, dancing wildly and seemingly not having a care in the world. Rocking a backless gown and long, strawberry blonde hair, she’s definitely the life of the party. Meanwhile, Girl Ultra delivers her haunting lyrics from the shadows of the room, almost as if delivering a warning of troubles ahead. As if that wasn’t creepy enough, wait until the lights turn on in the room and the camera pans to the ceiling for a surprise ending that drives the song's message home.

“If I Should Die” is the title track from Niia’s upcoming EP. “The last album was about a relationship that ended. This is about facing time as an enemy and my own death. I’m asking, how long do I have to climb this ladder of the music industry? I realized this is just what I do: It never ends," she shared with the press. The six-track project is centered around the themes of letting go, moving on and understanding one’s own boundaries within a relationship. “Reflecting back, there are a lot of things I should have left sooner or people I should have stopped working with that weren’t really helping me. Everyone’s 20s is a little s**tshow,” she shared with American Songwriter.

Niia hasn't announced a release date for If I Should Die yet, but look for it in the coming months. In addition, she plans on sharing visuals for each track on the EP, adding a cinematic feel to the project.