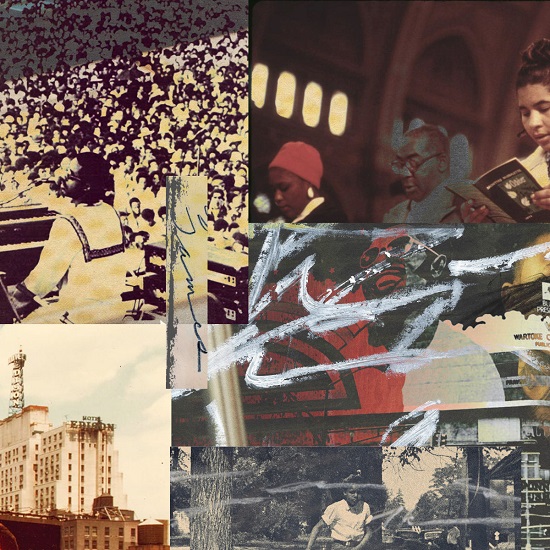 We celebrated 71 years of being blessed with the musical genius of Stevie Wonder last week as the star marked yet another revolution around the sun. Many artists paid their respect to Mr. Wonder, offering love, tributes and covers of his iconic body of work. Virginia collective Sons Of The James were in that number, issuing their admiration of Stevie with a cover of one of his most beloved songs, "Love's In Need Of Love Today."

Doing a cover of one of a legend's most popular songs is undoubtedly a daunting task, but Sons Of The James do Stevie justice without completely aping the legends work. The group — consisting of our fam Rob Milton and Butcher Brown's DJ Harrison — and featured guest Calvin Presents decide to mine the song's gospel and jazz influences with an arrangement that features Rhodes, synthesizer, bass and drums. They don't mess to much with the timeless lyrics, though, as Rob and Calvin take turns singing the original's heartfelt message as they urgently ask us to send ours in right away. As well, the two vocalists' voices blend well together on the chorus, giving us the sense of peace that the original has always delivered.

Ever since their single "Things I Should've Said" popped up on an episode of Insecure, we've had a feeling that Sons Of The James would be doing big things. So far, they haven't failed to live up to our lofty expectations. Get into their cover of "Love's In Need Of Love Today" when you press play and pick up your own copy of the single (which also features a moving instrumental) from Bandcamp now.