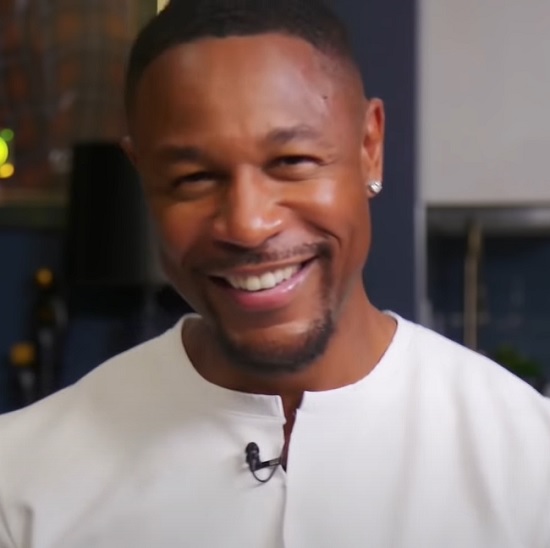 Tank has shown us the many sides to his personality, from serious to sex symbol. But though he's best known for his baby-making ballads and open and honest songwriting style, not many know how much of a goofball he can be. Yes, Tank is a man who loves to laugh and has no problem with laughing at himself and being outright silly. He reveals some of that sillier side with his most appearance on the latest edition of ELLE Magazine's ongoing "Song Association" series.

The singer, who is in the midst of promoting his latest single "Can't Let It Show," decided to flex his piano skills during his time in the hot seat. Did that extra skill serve him well? Judging by how he came out of the gate strong by turning "music" into Erick Sermon's Marvin Gaye-sampling hit of the same name, we'd say yes. It also led him into discussions about how Gaye influenced his music as he delved into a few bars of "Distant Lover." Soon after, though, Tank saw the flaw in his plan as he stumbled to come up with the chords and the lyrics for Notorious B.I.G.'s "Juicy" in response to the word "dream." From there on, he decided to go a mixed route, stopping the piano playing all together for certain songs and utilizing it to give us nostalgia with songs by Jodeci and a story about his musical kinship with Aaliyah.

There are plenty of laughs to be had at Tank's expense as he stumbles through some words and chords but ultimately shows why his abilities have led to his enviable career longevity. We'll let you see for yourself how he does when you check out his round of "Song Association" below.


TAGS:  aaliyah, erick sermon, jodeci, marvin gaye, tank
Previous: Niia & Girl Ultra Want Their Secrets To Remain Secret On ‘If I Should Die’ Next: B~Free & Durand Bernarr Give Us A Confident Bop With ‘Hate 2 Luv’