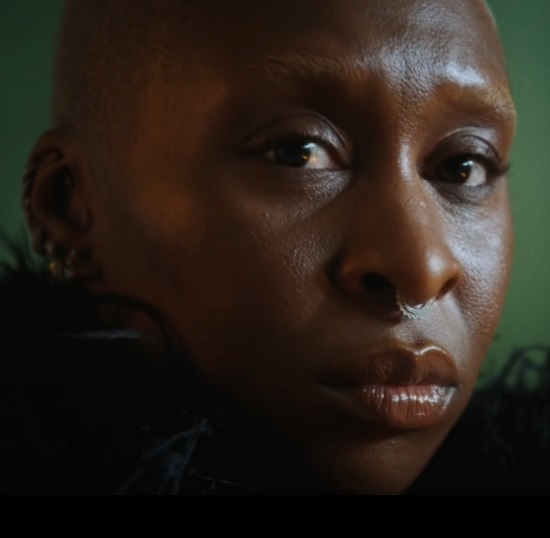 We know Cynthia Erivo for her larger-than-life acting talent on Broadway, television and the big screen. We also know her for her beautiful, powerhouse voice. It's the reason why many have been clamoring for her to release a studio album. This September, they'll get their wish as the Genius: Aretha star is set to release her debut album, Ch. 1 Vs. 1, on Verve Records. She shows us what she's got coming with the release of the lead single and visual "The Good."

"The Good" gives us both the expected and unexpected from the singer. The expected because the song allows her to flex her theatrically trained vocals and belt with the best of them. The unexpected because the track has a pop feel that we didn't see coming. The song, which consists of piano and slick modern production, is about a breakup and all of its aftermath. "Gone is the way we used to smile, my dear / Hope doesn't spring from anywhere / Watching the world forget to breathe / Wish we could stop and feel the breeze," she sings on the opening verse. She then laments the tears she's cried and the dark days ahead. Rather than dwell on what's happened, she instead opts to remember all the good times they shared, singing on the chorus, "Just wanna remember the good / Good good good good / What can I do to make these days go by / When darkness surrounds me but I see the light / Just wanna remember the good."

The sentiment is carried through to the song's visual. In it, we see both the good and the bad times that she and her ex shared. There are definitely arguments and tears that occur. However, the images that linger are of her and her lover sharing smiles, embraces and cherished moments. Eventually, as it all comes to its inevitable end, Cynthia walks forward with her head held high as she moves on.

Cynthia Erivo is sure to bring "The Good" when Ch. 1 Vs. 1 arrives in stores on September 17th. As you anxiously await that day, listen to the song below and watch its emotive video. And because we like you, we've also included her recent performance of the song on The Late Show With Stephen Colbert for your enjoyment.


TAGS:  audio, Cynthia Erivo, The Late Show with Stephen Colbert
Previous: Eric Roberson Shares A Few ‘Lessons’ In Love Next: Jon Vinyl Wants To Kiss & Make Up On ‘Told You’