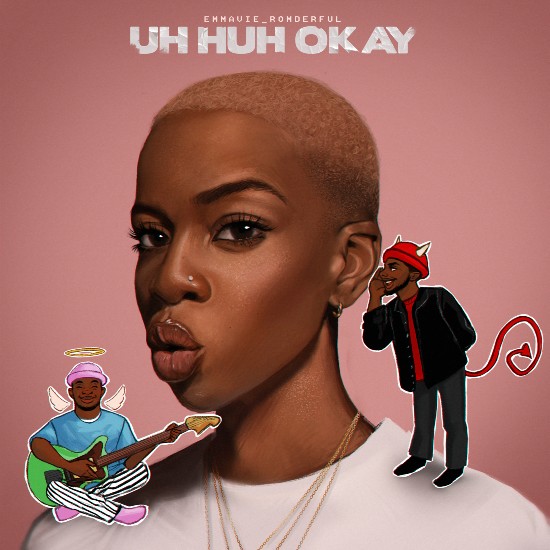 Two of our favorite artists from across the pond, Emmavie and ROMderful, have teamed up once again for a tempting new single entitled “Uh Huh Okay.” Lusty lyrics blend seamlessly with the seductive track making it the perfect soundtrack for a summertime fling. As Emmavie so eloquently puts it, the tune “teases my love interest by painting romantic images with playful and tongue-in-cheek lyrics.”

The story of how the finished track came to be is arguably just as intriguing as the song itself. ROMderful apparently sent the original track to another artist who allegedly sat on it for more than a year. Wanting to make the most of the magic he’d made, he eventually sent it to Emmavie who began to add her signature touch. Word on the street is that the first artist enlisted another producer to recreate (read: jack) the beat after being told it was no longer up for grabs. Though disgusted after hearing the dangerously similar track on a music video, Emmavie sent the vocal stems to ROMderful who then created the current version. While the entire ordeal took nearly 3 years, resilient ROMderful now boasts that the new track is better than the original, proving that you can never keep a true artist down.

Listen to Emmavie’s “Uh Huh Okay” below and be sure to add the track to your collection from your preferred digital platform. For an extra dose of feel-good energy, check out her live chat with ROMderful where they unabashedly give each other their flowers and discuss everything from his courageous move to Korea to dating and living your best life as your authentic self.


TAGS:  audio, Emmavie, ROMderful
Previous: Hope Tala Is Ready To Go ‘MAD’ Next: Katlyn Nichol Dances To Her Own Groove In ‘Liar’