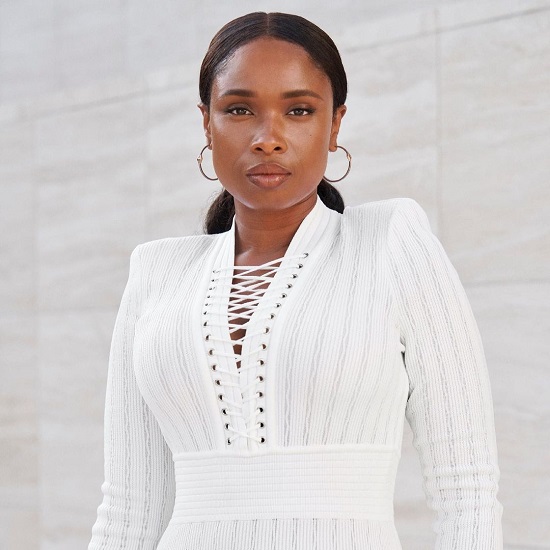 Jennifer Hudson embodies the late great musical legend Aretha Franklin in the upcoming biopic RESPECT. While the singer will get to show off her Academy Award-winning acting chops in the role, she'll also be using her own voice to sing some of Aretha's most beloved hits in the film as well. As a special treat, though, JHud is also contributing one new original song to the motion picture soundtrack with her latest single "Here I Am (Singing My Home)."

Jennifer turns to the legendary Carole King (who co-wrote "(You Make Me Feel Like) A Natural Woman" for Aretha in the 1960s) to lend her pen to help recreate the sound that made Aretha a star. They definitely succeed in this instance. The song opens with a gospel-like intro filled with organ, crashing hi-hats and Jennifer's larger-than-life vocals. From there, it settles into a soulful number kept afloat by a simple piano and guitar melody. JHud's voice still packs power in this section, though she pulls back a little to make sure the lyrics land. "You're a girl / Born with a voice but unheard (what now?)," she sings. "You're denied / You sing 'cause they won't let you fly (what now?)." It's the chorus, of course, that brings it all home, with Jennifer singing out "Here I am" with more and more intensity as the song progresses. A choir eventually joins her before she gets her big solo finish, stretching each note to its limits while asserting her to respect.

Though the release of RESPECT was pushed back due to the pandemic, it's finally schedule to land in theaters on August 13th. That's also the release date for the film's soundtrack, which will consist of Aretha classics in addition to "Here I Am." Get a first listen to the moving single when you press play.