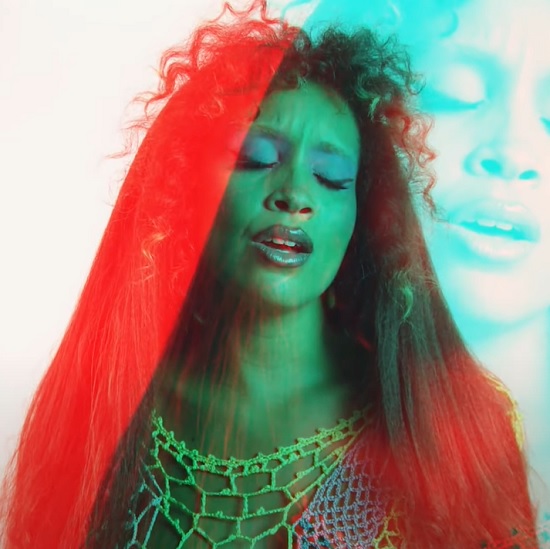 Lion Babe has promised that their album Rainbow Child is coming this summer (and even hinted that it might arrive sooner than later). The duo isn't slowing down in building up anticipation of the set, either. They've released stellar singles "Frida Kahlo" and "Signs" in recent weeks. Now they're here with a visual for "Signs" that keeps up their simple and psychedelic aesthetic.

With "Signs" being the mellower of the two singles we've received thus far, we weren't expecting the visual for the song to be as stimulating as the one for "Frida Kahlo." Color us surprised, however. The duo manages to make the affair feel subdued while injecting all kinds of color thanks to the inspired outfit and makeup choices displayed on singer Jillian Hervey. Her flower child looks also inspire the clip's own color scheme. While many of the scenes take place in front of a white backdrop, others insert a moving, swirling background of colors behind her improvised dancing. Astro Raw and featured guest Siimbiie Lakew also get in on the colorful fun with a few camera tricks that convert them into echoes of multiple shades throughout the course of the video's run time.

All signs point to the latest from Lion Babe measuring up to (and perhaps exceeding) the quality of their previous efforts. We'll see what more is to come before Rainbow Child's arrival this summer. In the meantime, you can check out the clip for "Signs" below and get tickets for their September show at Brooklyn's Elsewhere here.


TAGS:  Astro Raw", Jillian Hervey, Lion Babe, Siimbiie Lakew
Previous: Hiatus Kaiyote Aims To Get Close On ‘Chivalry Is Not Dead’ Next: James Vickery Links With EARTHGANG On ‘You Comfort Me’ & Announces ‘Songs That Made Me Feel’ 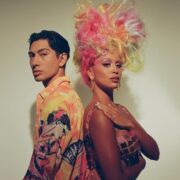 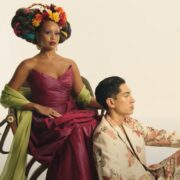 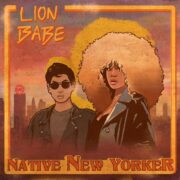