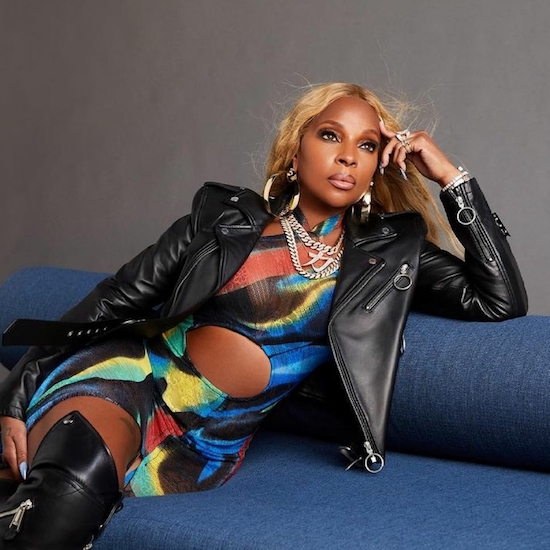 The Queen of Hip Hop Soul Mary J. Blige has lived quite a life, evolving from an around-the-way girl to a legendary performer. Her legacy is now the subject of an Amazon Prime documentary, Mary J. Blige’s My Life. The film centers her career-defining sophomore album My Life. On the album's title track, then 23-year-old Mary was reflective as she sang, “If you looked in my life / And see what I've seen.” She takes that a step further on her new single “Hourglass,” which plays during the documentary's closing credits. This time Blige asks the listener to look at the months, days, hours, minutes and seconds of their own life.

On “Hourglass,” Mary sounds like a grown woman, vulnerable yet strong, as she asks us, “If you could see the life that you wish you had / Could you be strong and carry on with what you have?” The track is very heavy and thought-provoking as she implores listeners not to waste life but to chase life. The piano-led power ballad was written by Teddy Riley, Andy Murray, Benjamin Wright and RØMANS. The sparse production showcases Blige’s voice, which is at times tender and other times she soars, but it's the lyrics that will hit you square in your feels.

Mary J. Blige's My Life is airing now on Amazon Prime Video, and it is a must-watch for fans of MJB and her iconic My Life album.


TAGS:  andy murray, audio, benjamin wright, mary j. blige, RØMANS, teddy riley"
Previous: DUCKWRTH Has A Tune To ‘make u go’ Next: T-Pain & Kehlani Pull Up & Pour Up In The Wild West In ‘I Like Dat’