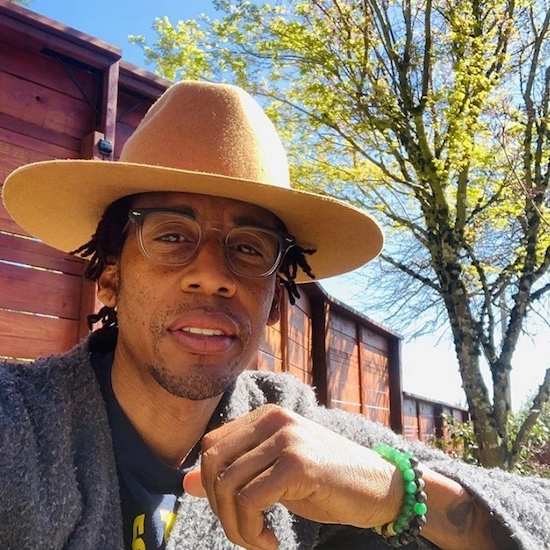 When Raphael Saadiq has new music and a new video, it is a great day at SoulBounce HQ. Today is such a day with his latest single “My Path,” taken from the motion picture A Crime On The Bayou, and its accompanying visual. The film tells the story of Black teenager Gary Duncan and his legal fight in the 1960s against a powerful white supremacist and the lifelong relationship it forged with his young Jewish lawyer Richard Sobol, who fought with him all the way to the United States Supreme Court. As the song recounts one man’s determination to fight injustice, it also speaks to the need for change once and for all.

Saadiq’s brassy ditty entreats us to stay the course when adversity threatens to derail our journey. The song's music video opens with mist rising on the bayou at dawn. Superimposed text on the screen gives us the CliffsNotes version of the story. Moments later, the tranquil sounds of nature are interrupted by blaring tubas, trumpets and trombones, signaling a mood shift as the video cuts to the next scene with Saadiq cajoling us to pull up a chair and have a listen. “I just wanna talk about it / Just a little bit, just for a while,” he says as the face of an elderly Duncan fills the screen.

A modern-day second line with its ubiquitous brass band and jubilant dancing flashes across the screen as Raphael sings, "We will win this race, I still believe we can / Aww don’t be misled, I won’t let no one destroy my path.” As the song progresses, we are transported back to the early 1960s. The vintage second line footage cuts away to optimistic faces of Blacks and whites on a bus traveling together to Washington, D.C. for the March on Washington. Pictures of attendees marching, singing and listening to speeches fill the screen as Saadiq sings about allies from the North and South coming together and having a friend in the fight for justice and equality – a reference to Duncan and Sobol. Saadiq tells of segregation’s hold on the psyche of its targets, “Some days I’ve panicked for everyone I love,” but defiantly warns that unity is weakening its grasp, “Segregation, boy you best stand clear / There’s no fine line, you don’t belong over here.”

Saadiq’s insolence is briefly replaced by slumped shoulders as the video cuts from an ariel view of throngs of protesters on the National Mall to an ariel view of a sea of marchers protesting the murders of George Floyd, Breonna Taylor and far too many more. This time, with frame after frame of sorrow and demands for justice, Raphael offers a warning to the world. We’ve got to do better, we’ve got to be more clever than ever because the world can’t stay this way forever.

A Crime On The Bayou is in theaters now. Listen to "My Path" and get a sneak peek of the film in the track's video right here.