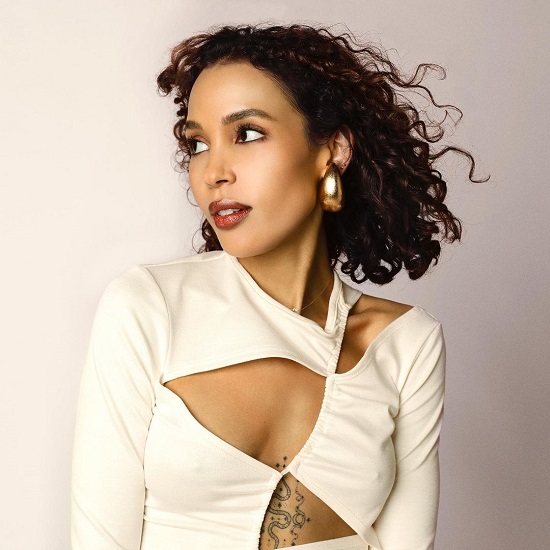 It's very easy to fall in love with Sidibe. The sweet-voiced singer has had us caught up in her rapture at first sight and keeps reigniting that feeling with every new release. Earlier this year, she turned us on with her sensual single "Breathwork." Now she returns to woo us again with her new single "Feelin' 4 U."

Sidibe's signature is all over "Feelin 4 U." The smooth piano chords, understated drums and breezy arrangement are all staples of her work. So it's no surprise that they all suit her feather-soft vocal perfectly as she sings of catching feelings in the best way possible. She approaches the song from the view of a woman who's falling in a way that catches her off guard. "Love education / Good conversation / Really how does it get better than that," she sings. "Uncomplicated / You're so understated / And you show me it's real / Never an act." It's all those qualities that lead her to the joyous chorus, where she lets us know that her beau has her feeling love for the first time.

Everything about "Feelin' 4 U" feels perfect for the moment, so it's surprising that the song was supposed to make its way to us earlier. "'Feelin' 4 U' was originally going to be released earlier this year, but it didn't seem like the right time," Sidibe wrote on Twitter. "I wanted to wait till people were ready to dance and be close to one another again." While we would've gladly received this gem at any time, we're glad that we have it to soundtrack the many romantic summer nights we plan on experiencing.

Listen to "Feelin' 4 U" right here and then delve into the song's lyric video below.


TAGS:  audio, Sidibe
Previous: Raphael Saadiq’s ‘My Path’ Implores Us To Be More Clever Than Ever In Our Fight For Justice & Equality Next: Jazmine Sullivan Has Some Choice Words For The Fellas On ‘Tragic’