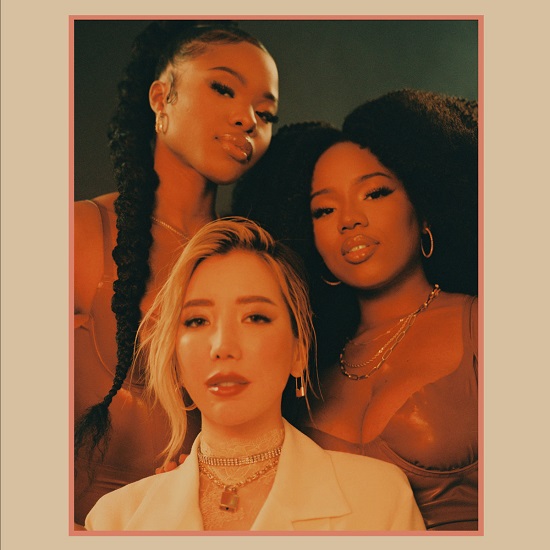 Floetry's "Say Yes" is one of those slow jams that has made it onto to almost every romantic mixtape and playlist ever since its release in the early 2000s. Leave it to DJ/producer TOKiMONSTA to reinterpret the bedroom banger into a dance floor burner. The electronic music maven does just that, bringing sister duo VanJess along for the thrilling ride with her own mesmerizing take on the quiet storm staple.

TOKiMONSTA wastes no time in switching the formula on "Say Yes." It starts with a pulsing kick drum and synth waves that ebb and flow, with VanJess joining in after allowing things to simmer. The beginning is somewhat quiet, though, as things build to a crescendo before the beat drops into an electronic haze filled with shuffling drums, squelching electro-bass and the ebbing and flowing synths. The exhilaration infused into the song makes it feel like riding the best roller coaster around while also putting us in the mood for love.

In addition to dropping this jam in our laps, TOKiMONSTA also announced a full-on North American tour this fall. Named after her new single, the Say Yes Tour will kick off on September 4th at the Elements Music & Arts Festival in Lakewood, PA. From there, she'll hit Seattle, Brooklyn, DC, LA and Puerto Vallarta before closing things up in Vancouver. Along the way, she'll also be supported by special guests Rochelle Jordan, Rush Davis x Kingdom and Biicla. Tickets for the outing go on sale to the general public on June 8th. A few lucky folks can snag a code to the pre-sale — which begins June 7th — by paying attention to TOKi's Instagram profile.

Press play below to hear TOKiMONSTA and VanJess' take on "Say Yes" and be sure to get your own copy on Bandcamp.