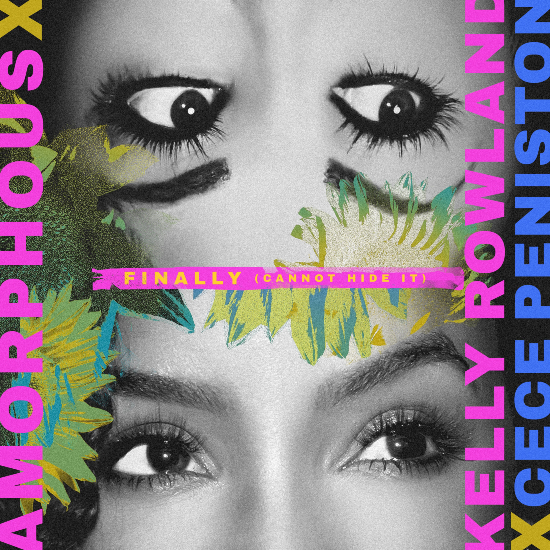 Wunderkind producer Amorphous has made a name for himself across social media with mashups of songs old and new. He's flipped that viral fame into a recording career and already made songs with Fat Joe, DJ Khaled and Kehlani since the top of the year. Now for his latest feat, he’s hooked up with none other than child of destiny Kelly Rowland and '90s R&B diva CeCe Peniston for a fresh take on her 1991 hit "Finally."

Entitled “Finally (Cannot Hide It),” Amorphous’ take on the classic stays relatively true to the original, while giving it a modern refix. There’s the familiar piano refrain, but he temporarily removes all other instruments, making it sound atmospheric. Then the beat drops in before synths, handclaps and additional instrumentation is added to the EDM mix. Kelly, who's had a strong run with EDM music, rides the uptempo track like the pro she is and does no wrong vocally. British export MNEK lends his pen to the festivities, updating the lyrics from a praise song about a woman finding her dream man to a universal message of self-love and empowerment. Last but certainly not least, CeCe herself makes an appearance towards the end to belt out her unforgettable bridge to remind everyone listening that it is her signature song.

While there isn’t an official video yet, Kelly Rowland did post a short and sweet video for the track on social media. Rocking a “Pride 365” rainbow jersey, Kelly gave tribute to the LGBTQIA+ community, while showing us that having a newborn hasn’t done anything to that body-ody-ody of hers.

Watching Amorphous’ journey via social media makes seeing him shine so brightly amongst big stars incredible. He shared a heartfelt message on Twitter, writing, “little did i know that younger me, listening to 'commander' on repeat and learning the choreography to the video would be honored with bringing Kelly Rowland back into the house/dance realm a decade later! as black creatives, we created this space and we'll continue to own it." We love to see it!

“Finally (Cannot Hide It)” will appear on Amorphous’ just-announced debut EP Things Take Shape, scheduled to drop in days on July 7th. After dabbling in hip-hop with "Sunshine," R&B on "Back Together" and now EDM, we’re not sure what to expect from Amorphous given the breadth and depth of his work. What we do know is that whatever he touches will be fire.