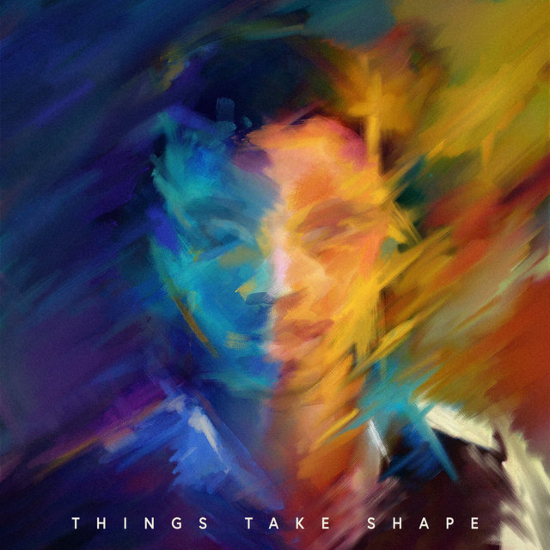 The sound of Philadelphia has evolved over the past few decades, but one thing hasn't changed. Producers are the critical element that pull it all together. From Gamble & Huff to DJ Jazzy Jeff, Philly producers are responsible for some of our favorite jams. Now, banking on the momentum gained from viral mash-ups and celebrity co-signs, buzzworthy DJ/producer Amorphous aims to become a legend in his own right with the release of his debut EP, Things Take Shape.

While it may seem like an overnight success story, the 23 year-old artist born Jimir Reece Davis has been perfecting his craft for the past few years. In fact, he grew up in a music-loving household and developed a proclivity for creative expression and musical experimentation at a young age. That talent has been opening doors for him ever since. In 2015, he won a remix contest held by Azealia Banks for her song "Chasing Time." He's also a budding filmmaker who created a documentary about Aaliyah while still in film school. But it was his knack for genre-defying, decades-spanning mash-ups that brought him viral success and the attention of several high-profile artists.

After receiving a production credit on dvsn's A Muse in Her Feelings, plus a sizzling collaboration with Fat Joe early this year, Amorphous' glow up has been steady ever since. The amount of star-power featured on Things Take Shape speaks volumes about Mr. Davis' talent. Remember, this is his debut project – an EP, not even a full-length album – and he can already boast a roster full of GRAMMY-nominated/GRAMMY-winning singers and songwriters, along with fellow breakout artists.

Like any good DJ, Amorphous knows how to get the party started right. Over an icy sound bed with beats that knock, Brandy's flawless vocals join forces with James Fauntleroy's songwriting genius on "The Wave." Next up, burgeoning Chicago rapper KOH freestyles over a trap arrangement on "The Flow." Inescapable club banger "Midnight Strikes" is elevated by sassy vocals from British songstress RAYE. Meanwhile, Bree Runway bodies the bass-driven jam appropriately titled "The Vibe." Rounding out the 6-track set are two previously-released songs: "Back Together," the Kehlani-assisted, bouncy groove that served as lead single, and unofficial summer anthem/soon-to-be club classic, "Finally (Cannot Hide It)," featuring Kelly Rowland and CeCe Peniston.

The word "amorphous" is typically defined as lacking shape, structure or focus. And while his music can't be confined to one neat little box, make no mistake, Amorphous isn't lacking a thing. Find out for yourself by downloading Things Take Shape, then keep up with the artist via Twitter and IG.