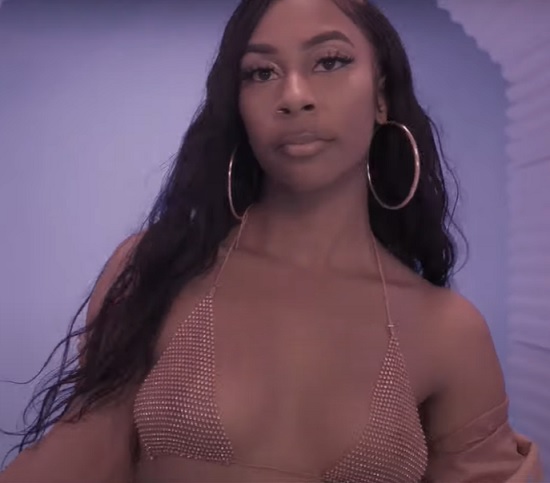 Arin Watley has our attention. The singer got us open when she dropped her smokin' hot single "DRO" and had us ready for whatever came next. It turns out that "next" is a brand-new visual for the track that shows off her skills while also giving us an idea of who she is as an artist.

The clip opens with Arin and her crew putting in work at a mechanic shop. An old hoopty comes through that's smoking something serious, eventually causing a hazy dream that takes us fully into the meat of the visual. It's there that Arin shines as she gives us vocals and attitude with a feel that reminds us of somewhat of the visuals from the late '90s and early '00s. While she definitely has the look right, she turns to choreographer John Havic to give her the moves. He comes through with breezy steps that look effortless but also show us that Arin has a natural dancing ability (maybe she gets it from her auntie Jody Watley).

The video for "DRO" isn't complicated by too many set pieces or anything that might kill its vibe. Instead, she offers a simple introduction to her style and her undeniable star quality. We see you, Arin! Get into the video for "DRO" when you press play.


TAGS:  Arin Watley, John Havic
Previous: Khalid Reflects On The Past & Looks To The Future In ‘New Normal’ Next: Leon Bridges Continues To Evolve On ‘Gold-Diggers Sound’