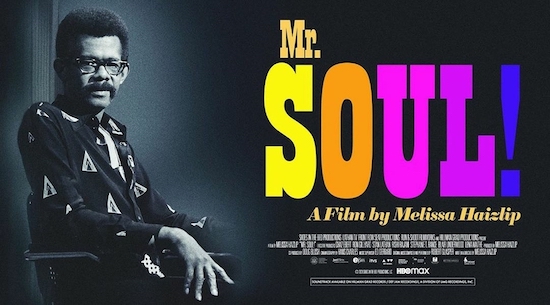 This is shaping up to be the summer of a Black culture and music documentary movement that is keeping us glued to both big and small screens. If Questlove’s Summer Of Soul, which highlights the long-forgotten 1969 Harlem Cultural Festival that featured never-before-seen footage of soul and Latin performances by some of the most iconic artists of our time, has you longing for more Black history and culture lessons, that is exactly what the documentary Mr. SOUL! delivers. In case you missed its film festival and theatrical run, the doc will premiere on HBO Max on Sunday, August 1st.

Mr. SOUL! centers Ellis Haizlip who hosted and produced a no-holds-barred showcase of Black culture, music, activism and politics called SOUL!. It ran on public television from 1968 to 1973 and featured performances by Al Green, Gladys Knight, Bill Withers, Kool & The Gang, Ashford & Simpson, Stevie Wonder, Billy Preston, Melba Moore and many others. The nationally syndicated variety show highlighted the Black Arts Movement, shifting the narrative from riots and unrest to Black Power and pride. SOUL! was an incubator for Black thought and cultural expression with guest appearances by from some of the most iconic activists and creatives of our time such as Angela Davis, Kwame Ture (Stokely Carmichael), Harry Belafonte, Sidney Poitier, Nikki Giovanni, James Baldwin, The Lost Poets, Carman de Lavallade and George Faison.

The trailblazing Haizlip used SOUL! as a vehicle for displaying uninhibited Black love, hope, fear, rage and joy through music, spoken word and social commentary. The show was so edgy, the FBI viewed it as a threat and pondered how to get rid of it – and President Richard Nixon's administration eventually succeeded.

This extraordinary slice of Black history would have remained hidden, but for the incredible work of Ellis’ niece, filmmaker Melissa Haizlip, who produced and directed Mr. SOUL!. The award-winning documentary has received well-deserved acclaim taking home more than 19 awards including the 2020 Critics Choice Documentary Awards’ Best First Documentary Feature Award and the 2021 NAACP Image Award for Outstanding Writing in a Documentary (Television or Motion Picture).

Get ready for Mr. SOUL! 's HBO Max debut by watching the film's trailer, and then view the music video for “Show Me Your Soul” by GRAMMY Award-winning SoulBounce faves Lalah Hathaway and Robert Glasper, who served as the documentary's composer.