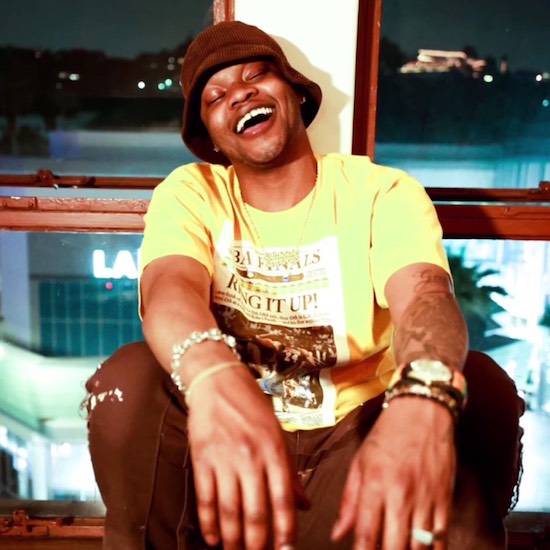 BJ The Chicago Kid has been bringing the heat all summer with his BJ Wednesdays series, releasing a new song every week for the past few. So far, he's given us a cover of The-Dream's "Fancy," "Type Of Day" featuring Eric Bellinger and his latest installment, “Make You Feel Good” with Lucky Daye. This week BJ also revealed what all these songs have been leading up to with the announcement of his forthcoming EP, 4AM.

4AM will be released on Friday, July 23rd, right after the last BJ Wednesdays drop on Wednesday, July 21st. The EP marks BJTCK’s official return to his indie artist roots with the project slated to be released on his own label M.A.F.E. Music. It will be his first project since his critically acclaimed and GRAMMY-nominated album 1123, which was released in 2019 on Motown Records. When asked about the meaning behind the title, BJ said, ”I am naturally a night owl and for creatives that stay up like me, 4 am in the morning is like the magic hour where all your best ideas flow. These songs are without a doubt some of my strongest!”

BJ and Lucky Daye set a late-night mood with their single “Make You Feel Good.” Although the sound bed of bass and heavy synths makes it sound like a bedroom banger, the fellas are actually trying to get back in the good graces of their women to get back to the loving. The song starts with some digitized spoken word explaining the quagmire they find themselves in. Basically, while they’ve been on the road playing the field, their women have been doing some playing of their own right at home. BJ and Lucky share sweet apologies for their adultery and excuse anything their ladies did. In this case, two wrongs will be alright. With their soulful voices, both artists make you feel their pain and their passion.

Although we're sad to see BJ The Chicago Kid no longer on Motown where he released two solid R&B albums, we're excited to see what his musical future holds with him back to calling all the shots. If "Make You Feel Good" and the rest of his BJ Wednesdays releases are any indication, he's gonna be just fine.


TAGS:  audio, bj the chicago kid, Eric Bellinger, Lucky Daye, the dream
Previous: Normani & Cardi B Show Us Their ‘Wild Side’ Next: Leela James Wants You To Move To Her Groove On ‘You’re The One’