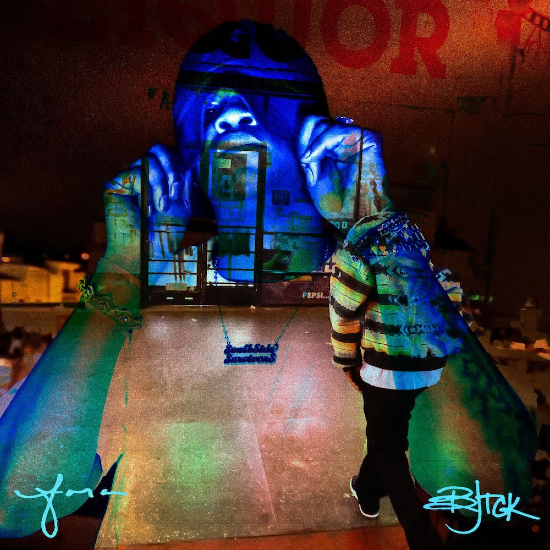 BJ The Chicago Kid is back on the scene extra clean with his new EP, 4 AM. The release is the climax of his BJ Wednesdays series, where BJ blessed fans with a new drop every Wednesday for the past four weeks. If you're anything like us, then you've probably heard these tracks many times already from closely following BJ Wednesdays. But we think they deserve to be heard again. And again. Maybe even on repeat.

BJ is known for bodying covers of your favorite artist’s best songs, from Marvin Gaye to Aaliyah, to his latest, his reimagining of The-Dream's "Fancy." A far superior singer, BJ adds more soul seasoning to the track as well as more Auto-Tune, paying a little homage to Zapp & Roger in the intro and his ad-libs. BJ does more than give us karaoke but makes the song his own.

Two collaborations with his peers also killing the game follow. Prolific R&B singer Eric Bellinger guests on the song “Type Of Day,” a laid-back track dedicated to the spirit of easy living. Lucky Daye guests on "Make You Feel Good," joining BJTCK to sing sweet, sexy apologies to their women for their indiscretions.

For the final song on 4 AM, BJ delivers a Latin-tinged slow jam on "Love You Slow." On the track, BJ engages with a fine senorita who wants to take her time loving him. While the Spanish guitar-led groove and BJ’s voice rock you like a baby, the sparseness of the production leaves you wanting just a little bass or something to pump things up a bit. Nonetheless, the simple, clean sound does make for a great lullaby and a perfect ending to this soulful four-piece.

4 AM is BJ The Chicago Kid’s first project since he released his critically acclaimed album 1123 almost a year to the day in 2019. It’s also his first independent release after giving us two solid albums on Motown Records. Back on his indie grind, BJ shows us he’s not missing a step, a note or a beat with his music.