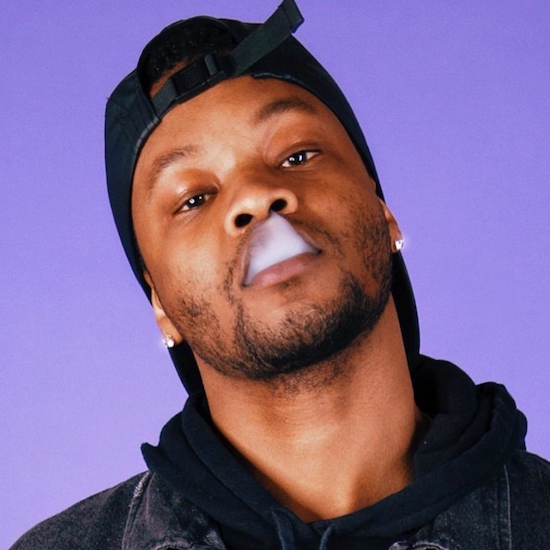 GRAMMY-nominated artist BJ The Chicago Kid stays booked, busy and blessing us with his soulful tenor. In the last couple of weeks, BJ has shared two new tracks – an original song dedicated to his hometown, “The Chi,” and a cover of The-Dream’s “Fancy.”

Named after the hit Showtime series, “The Chi” finds BJ giving us the low down on what goes down in the heart of his city. And it ain’t love. Against a Curtis Mayfield-esque backdrop courtesy of producer Jairus Mozee, BJ weaves a tale of woe, worry and, most interestingly, the idea that it’s just whatever. “It’s just life in the Chi,” BJ repeats on the haunting chorus. The song actually appeared on the third episode of season four of The Chi.

BJ has also started his BJ Wednesdays series where he'll be dropping music and content weekly. The first drop is a cover of The-Dream’s 2009 hit “Fancy,” a song dear to the singer. “Obviously, ‘Fancy’ is one of my favorite songs from The-Dream and in my opinion, definitely one of the dopest, dare I say top 10 R&B songs to come out from our generation of music,” BJ shared via press release. BJ’s take on the track modernizes the original production by The-Dream and Tricky Stewart, using more Auto-Tune, including some ad-libs, giving us some melisma here, speeding up the tempo there and showing off his own pipes everywhere. BJ Wednesdays will run for the next few weeks until July 21st.

So far 2021 has been a great year for the R&B sensation. He's collaborated with CHIKA on her song “Fairy Tales,” joined PJ Morton and friends on the remake of “Bring It On Home To Me” and released his original track “Letter 2 U,” which was featured on the soundtrack for the film Judas And The Black Messiah. This is all just a setup for his next big project. “Overall, I’m just excited to share this new era of music and of me with the world," he says of what's next. "Quarantine has given me time to discover new levels of emotions that I can’t wait for my fans to experience sonically.”