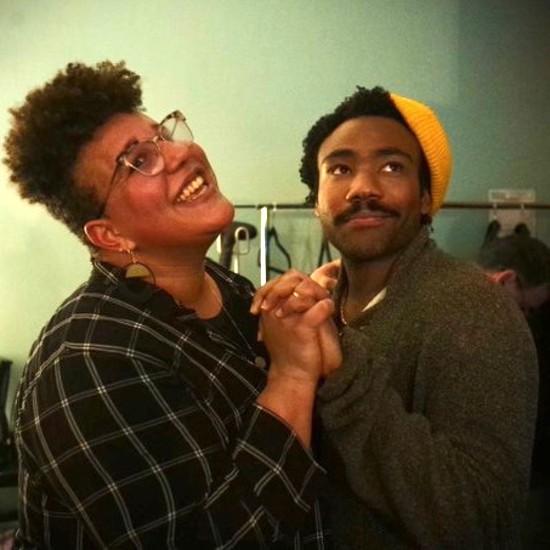 As she prepares for the release of Jaime Reimagined, a remix compilation of her 2019 debut solo album Jaime, singer/songwriter/guitarist Brittany Howard shares Childish Gambino’s cover of the original project’s GRAMMY-winning track "Stay High." Co-produced alongside James Francies, the consummate artist otherwise known as Donald Glover awakened the original with electronic energy while preserving its pure and soulful spirit. He floats his falsetto over the track’s complex layers, delivering the song’s uplifting message in an invigorating way. Via Twitter, Brittany thanked Glover for his reinterpretation and says, “I hope the message of this song will inspire people to stay positive and not give up hope during these crazy times.”

In addition to this latest gem, Jaime Reimagined also includes a remix of another standout from the original album, "Short And Sweet" by indie folk band Bon Iver. Other artists featured on what promises to be another classic project include Little Dragon, Michael Kiwanuka, BadBadNotGood, EARTHGANG and Georgia Anne Muldrow. British duo Jungle and singer/songwriter Laura Mvula also join in on all the fun and remixes featuring Syd, Emily King and a 9th Wonder-produced rendition with Common add to this eclectic mix.

Listen to Childish Gambino’s version of Brittany Howard’s “Stay High” below and be sure to pre-order/pre-save the full Jaime Reimagined album before its release tomorrow (July 23rd). Collectors will be psyched to cop the neon magenta and black vinyl or the bundle on Bandcamp, which include both the original Jaime and the Reimagined projects.