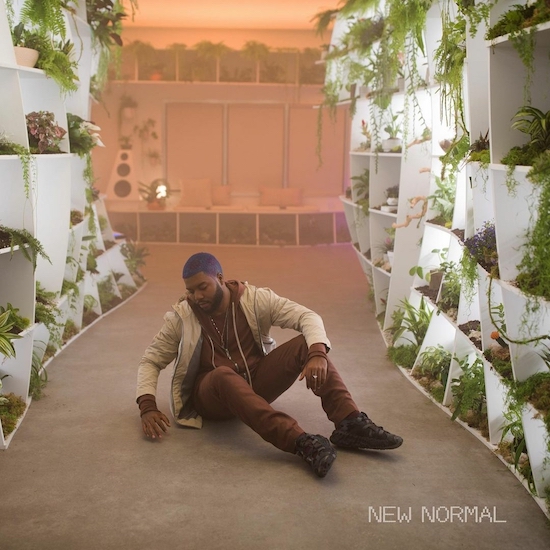 Right after the words COVID-19, the next two words we probably heard the most in 2020 had to be "new normal" used to describe adjusting to life in the pandemic. That phrase apparently resonated with Khalid who's ushering in his next era with his new single entitled “New Normal,” a song about finding your way as things keep changing.

Khalid previously teased the single on Instagram, asking fans to call a special number for the Space Corp asking for volunteers for the Beyond Earth Program, with the song as the hold music. It then premiered at Virgin Galactic’s Unity 22 Spaceflight Launch and is now the first single from his forthcoming album Everything Is Changing.

“New Normal” is a smooth, airy track that reflects on change and growth. “You find your way but it’s never enough,” he somberly sings to open the song. The downtempo track finds Khalid contemplating life’s ebb and flow. It sounds like standard fare from the singer who is known for creating a chill mood with his music.

For the "New Normal" visual, Khalid gives us a futuristic narrative. It’s a future that’s just around the corner from the present-day, with drones delivering packages, self-driving vehicles and high rises that double as their own ecosystem. Many of the products featured in the video are actual products that are being tested right now by companies in Silicon Valley. We watch as Khalid rocks a new blue, purple and pink hair color and do mundane activities like water the hundreds of plants in his apartment. The clip ends with the “Location” singer considering relocating to join all the billionaires making their way to space.

Khalid is bringing the optimism of "New Normal" into his third album. "Everything Is Changing as an album really takes that a step further with all of the songs centering around trying to find a purpose and a sense of self in a world where everything is digitally connect[ed] but emotionally disconnected," he shared with Billboard. It sounds like the 23-year-old artist's new normal includes a new agenda.