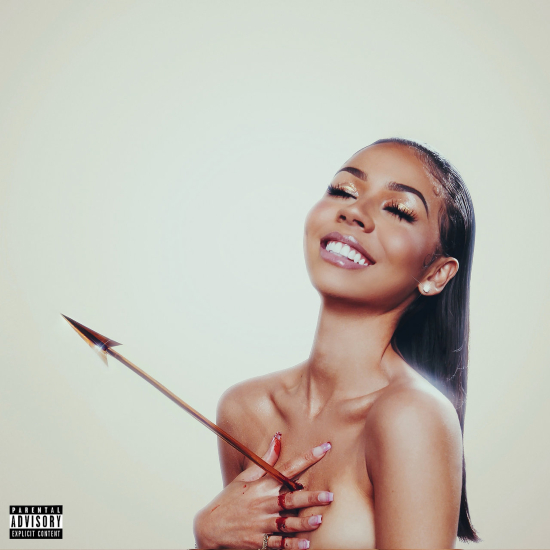 Mariah the Scientist burst onto the scene in 2019 with her debut album Master. On that collection, she was caught up in dissecting why her relationships never seem to work. It seems much hasn’t changed with her new project RY RY WORLD where she’s still trying to figure out why the men in her life always come up short. But it’s still a fun ride thanks to the Scientist’s experimental approach to trap R&B, both lyrically and production-wise.

The album opens with the airy, guitar-led interlude “Impalas & Air Force 1s” where Mariah is looking for clues to her future with the man who has caught her attention. The passionate poetry of her lyrics captures the vibe of a woman smitten but twice shy, giving us grounded yet out-of-this-world wordplay. It’s a shame that such a strong opening is less than two minutes long.

Next up is the single “Aura,” which samples The Isley Brothers’ “Make Me Say It Again Girl” and finds Mariah talking to an ex who she’s still in love with. In one breath she’s laying out the reasons why she needs to move on and in the next promising to swing through. In the video for the track, Mariah is decked out in ox blood red from headscarf to boots, running across snowy terrain. This is no ordinary jog through a winter wonderland, though. Mariah frantically tries to avoid arrows being shot in her direction by an unseen hunter. Whether it's Cupid, an angry ex or just a metaphor for the unavoidable pain of love, Mariah's fate is beautifully tragic and comes full circle to the RY RY WORLD album cover.

The Scientist and fellow ATL native Young Thug find love in the club on "Walked In." Producers Prettyjimmy and VictorHejslet give the track a trap western vibe, which fits their voices and Mariah’s left of center musical approach. The vibe switches from the rush of finding a new piece to a more somber tone on “RIP,” a song about finding a way to the end the pain of never feeling enough for someone. Her pain and frustration are brought to life through imaginative lyrics like, “And I use my telescope at night, it won’t be for stars / Instead I hope that l can love, you from afar.” Musical collaborators Prettyjimmy and K Rain have cooked up a shifting soundscape that goes from a sweet melody to a bass heavy angry synths to show Mariah’s pain. The theme of ending things on a low note continues with “2 You.” Over DJ Camper’s sound bed of digitized vocals and bass, Mariah sings about trying to save a relationship that was already over but the shouting. She just can’t seem to get over what it was to realize what it really is.

If you thought Mariah was done crying another sad love song, well, you were mistaken. It continues on “Brain,” where she talks about the pain of a relationship. But she makes it interesting with the opening lines, “Wonder why my brain scattered / Damage in my grey matter / F**kin’ up my wave pattern.” Things lighten up on “Maybe,” where our scientist dissects her past relationship to figure out where they went wrong. While all the maybes seem like they would get monotonous, Mariah makes it work. She gets an assist from rapper of the moment Lil Baby on “Always n Forever.” Here Mariah lets her lover know she’s down for whatever forever. Meanwhile, Lil Baby praises his girl for all the things she does to hold him down and not tripping on little things.

“What does she have on me?” Mariah wonders on “All For Me,” a wavy, synth-heavy ballad. The liquor's got her tripping, and she wants her ex back even though he's moved on with someone else. On this drunk text set to music, she’s looking to rekindle their fire, but all she's left with is ashes. The album ends the only way it could – with our leading lady seeking “Revenge.” Sampling one of the most infamous revenge ballads, Justin Timberlake’s “Cry Me A River,” Mariah sounds like a maniacal villain as she fantasizes about being at her ex’s funeral dressed in all black like The Omen. The bleakness is backed by haunting synthesized background vocals.

Mariah the Scientist’s exploration of a love affair gone wrong packs quite a punch. She uses clever, imaginative lyrics that go from high concept to literal interpretation, sometimes in the same lyric, and it works, poetically. Sonically, while we applaud her experimental trap sound, the songs become too dissimilar in the middle of the project, especially with the subject matter not changing up much. With that said, RY RY WORLD is full of highlights, among them “Aura,” “RIP” and “Walked In.” Mariah has shown growth since her debut, but we have a feeling that her best is yet to come.