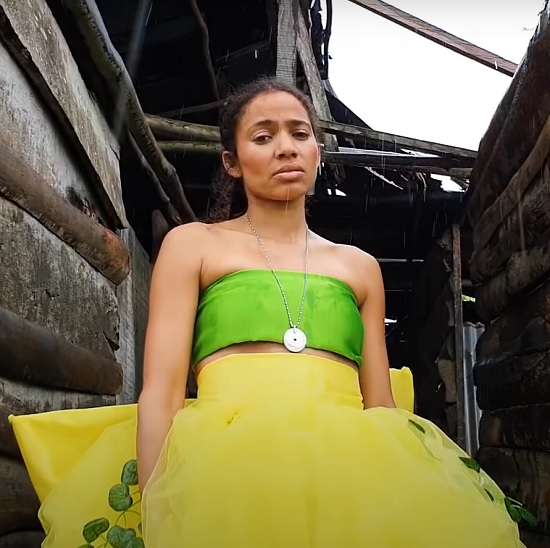 When Nneka dropped her single "Love Supreme" last month, we were left wondering if it was a standalone single or a hint of something more. Now we are definitely leaning toward the latter as the talent recently released the charming new single "Tea?" and a beautiful new visual to go with it.

"Tea?" focuses on a reconnection with a long-lost friend (or perhaps lover) who is suddenly back in town. Over string-like synths and percussion that adds a sway and gentle knock, she makes us privy to a conversation had between them. "If I told you, how I feel about you coming back to town / Would you believe me? / Boy, it's been so long, since I last saw you / I've been wondering, how you're doing," she sings. "Have you been more loving to yourself? / Could you get more space, to sort yourself?" And while this could turn into an awkward conversation quickly, the singer is in more of a forgiving mood, singing, "I said I'm sure you didn't mean it," repeatedly without addressing directly what caused them to part ways.

The song's video plays up the theme of reconnection, though it doesn't necessarily focus on one between two people. Instead, it focuses on reconnecting with oneself and culture thanks to its focus on dance and Nneka herself. The majority of the video focuses on the singer performing the song at different places, ultimately ending up with her and a troupe of red-clad dancers as they perform in a modern dance style that gives the affair a regal feel.

We have a feeling that more will be popping up from Nneka in the near future. But until that happens, you can get into her latest right here.