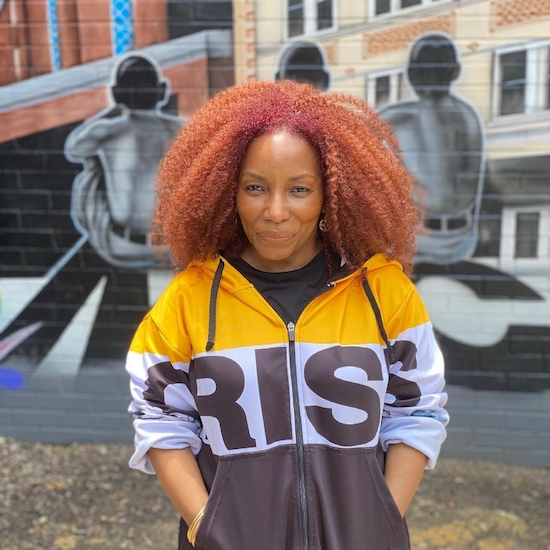 No one is immune to the trauma caused by the COVID-19 pandemic, the murders of George Floyd and Breonna Taylor and the uptick in mass shootings and gun violence in our neighborhoods, especially artists who find inspiration for their art in times like these. One such is the legendary songstress Stephanie Mills. We have the heartbreak of the past couple of years to thank for her return with her first new song in almost a decade. Auntie Stephanie’s latest single, “Let’s Do The Right Thing,” is a timely call to heal. In the short but sweet track, she exhorts Black people to sit down and talk it out so we can figure it out ourselves and all win in the end.

“Let’s Do The Right Thing” is a feel-good, mid-tempo ballad encouraging Black people to come together in unity and love. The first of four singles Ms. Mills plans to release over the coming months, “Let’s Do The Right Thing” is reminiscent of her many classics hits and has us feeling good all over. She recently stopped by The Breakfast Club to expound on her motivation for going back into the studio. She said that after being terrorized by the coronavirus and then seeing the murder of George Floyd and all the Black-on-Black gun violence around the nation, she knew her writing partner Marcus Malone was on to something, and they had to write and record some balms for our people.

In addition to releasing a new song, Mills also released a vibrantly beautiful visual. The video opens with drone footage of a Black Lives Matter mural on a city street and chants of the impassioned interjection. It cuts to a church with an artist painting, as Stephanie steps into the frame dressed to the nines in a beautiful orange dress with gold Wonder Woman bangles and hair like a crown of reddish orange fire. She interacts with artists while singing that we as Black people need to stop the hate and start lifting one another up, “We need to do the right thing / There’s so much at stake / A world full of hate is so hard to take.” The video ends with a nod to Spike Lee’s Do The Right Thing cutting to ariel footage of Ms. Mills next to a colorful sidewalk painting of her song title as a message about the importance of art to the Black Lives Matter movement crawls up the screen. “The paintings may fade, but the movement does not.”

As outside continues to open back up, we look forward to seeing Stephanie Mills perform her music new live. We definitely plan to be in the house on September 2nd for D-Nice's Club Quarantine Live At BRIC Celebrate Brooklyn. Spice Adams is hosting, and Ms. Mills will be in great company with SoulBounce faves Anthony Hamilton, Melba Moore and others.


TAGS:  audio, d-nice, Marcus Malone, spike lee, stephanie mills
Previous: Kenny Lattimore Is Applying ‘Pressure’ Next: Doja Cat & The Weeknd Are Ready To Risk It All In ‘You Right’