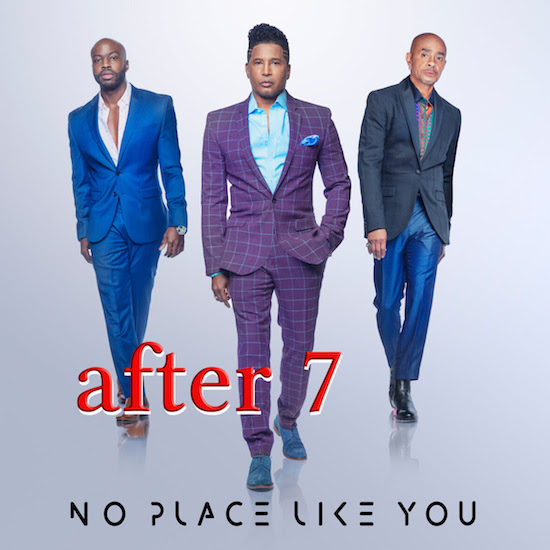 Home is where the heart is for After 7 on their new song "No Place Like You." The trio comprised of Kevon Edmonds, Keith Mitchell and newest member Danny ‘SkyHigh’ McClain flips the iconic line, "There's no place like home," from The Wizard Of Oz to create a love song as timeless as the classic film.

Written by Edmonds, Jud Mahoney, Rafael Ishman, Caleb Ishman, Marcus Hodge, DeMonte Posey, Paul Boutin and co-written and produced by Damon Thomas, "No Place Like You" is a soaring ballad that sounds like classic After 7. Kevon's signature vocals greet the listener like a welcome mat on the first verse and chorus where he sings, "How the hell was I supposed to know / That when they said 'there ain't no place like home' / They meant you, babe." These guys may travel the world and live a luxurious lifestyle, but there's no feeling like coming back home to the one you love.

"'No Place Like You,' was inspired by the thought of knowing that you can build a house with all the finest materials in the world with the best of everything in it. But in reality, it’s not these things that makes a house a home," Kevon stated via press release about the song's meaning. "It’s the love from that special someone...and only when you’re with them are you truly home."

"No Place Like You" serves as the second single from After 7's forthcoming album Unfinished Business. The project was slated to drop this past May, but it has been rescheduled for release on August 20th on the SRG ILS Group/RoseWorks label imprint. Unfinished Business is available now for pre-order/pre-save from various digital music outlets.