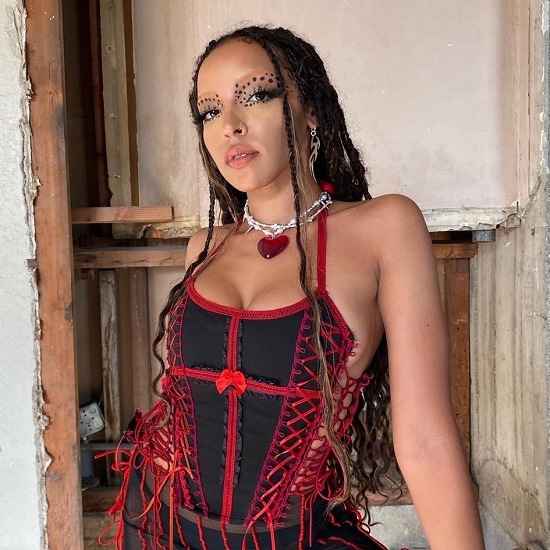 We've grown to love Tinashe and all her reinventions of herself through the years. However, our favorite times are when the singer wows us with her creative visuals. She last did this with her impressive video for "Pasadena." With her upcoming album 333 on the horizon, she's back at it again with the clip for her latest single "Bouncin."

The choreography-heavy video takes the song's title quite literally. Nasty Nashe and her troupe of six dancers get things bouncing and moving throughout the three-minute clip. Starting solo with seductive poses and vamping for the camera, the video takes us through several impressive setups, including her and the girls working a balance beam before moving on to an impressive routine involving trampolines. After getting it literally bouncing, she invites the video's lone male dancer to join in on the good time with intricate and athletic movements that would put most to shame. But, as we said before, Tinashe always gives good video and "Bouncin" is no exception.

The singer has, so far, kept the release date for 333 under wraps. With a steady stream of singles and visuals, though, we have a feeling her newest musical baby will be arriving sooner rather than later. While you wait for that date, warm up those knees and get "Bouncin" with Tinashe when you press play.