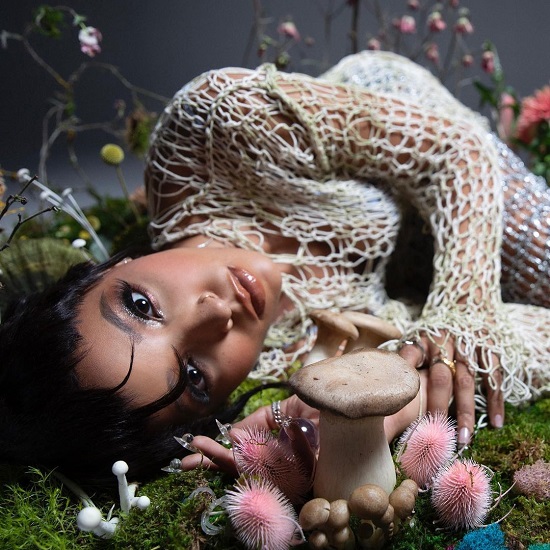 Tinashe is a very busy girl these days. Not only is she preparing for the release of her upcoming album 333, but the "Bouncin" beauty is also finding time to get her model on in the much-talked-about Sports Illustrated Swimsuit Issue and preparing for her upcoming tour. Don't worry, though, as her focus is still on the music. She proves this with the release of her latest single "I Can See The Future."

"I Can See The Future" isn't necessarily about psychic visions as much as its about her knowing what she wants. She writes and produces for this one, creating a bass-heavy mid-tempo track that allows her to talk her ish. Sweet T lets us know exactly what she's about as she implores a dude to come correct as he steps to her. "He in love with it, never done with it / Finger in your face, tellin' you to come get it," she sings. "It's levels to a bad b***h, you gotta come different / He usеd to the same, so I gotta show him differеnt." And different she gives, playing with not only her rhythm but also her vocal to give the track a few added layers. It all accomplishes the goal as she reaches the chorus and sings, "I can see the future / And it looks like you and I."

In addition to dropping "I Can See The Future," Tinashe also revealed the release date and tracklist for 333. The set will arrive in a mere two weeks on August 6th and will feature a list of heavy hitters as guests – including Kaytranda, Buddy, Jeremih and more. Listen to "I Can See The Future" when you press play and then stick around to see the album's tracklist in full.