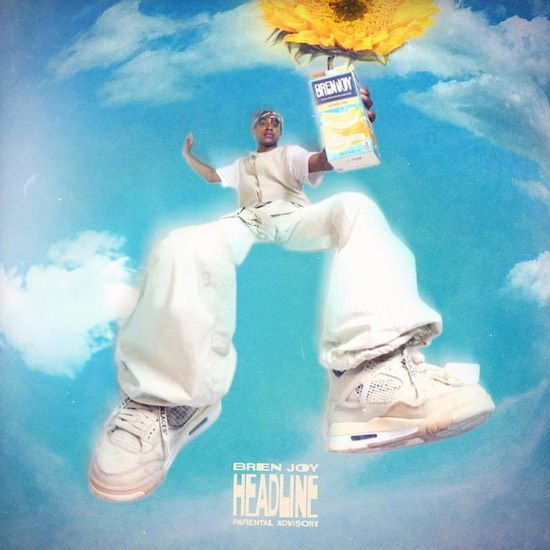 Following the release of the deluxe version of his 2019 debut EP Twenties, singer-songwriter Bren Joy releases a sweet and sexy new summer single. On “HEADLINE,” the Nashville native reminisces over lost love and shares intimate details of their time together. He recalls every element of his former lover’s figure and friskiness, as well as his desire to rekindle the flame that once burned between them. He says, “‘HEADLINE’ is my blend of vintage meets modernity. Inspired by vintage icons like The O’Jays and The Isley Brothers, it’s about meeting and treating that person that is always put second as your number one. It’s so sexy in the most indirect way possible."

For the accompanying visual, which was shot in the midst of the pandemic, he chose to make the most of his natural surroundings. We're along for the ride, as Bren and a trio of friends journey throughout the desert. He performs the lyrics longingly in the backseat, on top of and, at times, hanging out of the window of the car. The energy of the capture is playful and carefree, much like the feeling of summer romance. Bren explains, “The video is more of a free-form creative we decided to build. It takes on so many notes from the song and has this essence of vintage soaked into it. I wanted to do something very easy and a little whimsical to look at while hoping people catch the ‘easter eggs’ we threw into the video.”

Fall in summer love with Bren Joy’s “HEADLINE” right here, and make haste to the add the track to your seasonal soundtrack from your preferred digital platform. Fans can catch him live at the 2021 Bonnaroo Music & Arts Festival in September and as part of Pink Sweat$’ Pink Moon Tour this fall.


TAGS:  audio, Bren Joy, Pink Sweat$, the isley brothers, the o'jays
Previous: Cynthia Erivo Faces Her Ghosts With ‘Alive’ Next: ‘You’re The One’ That Has Leela James Singing & Dancing