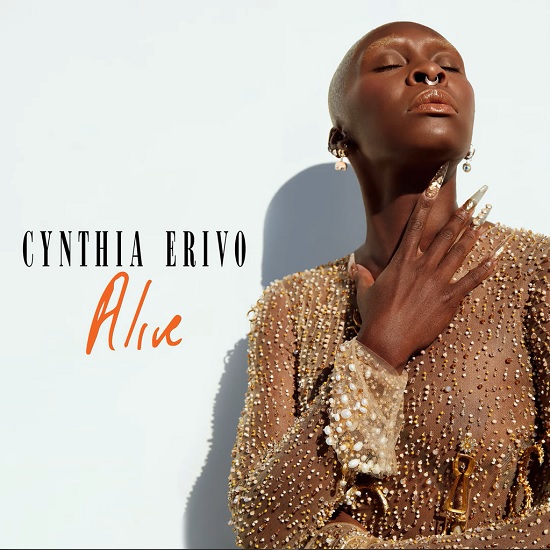 Cynthia Erivo is as known as much for her powerhouse vocals as she is her esteemed acting career. With her debut album Ch. 1 Vs. 1 finally on the horizon, Cynthia is showing just how diverse her range really is. We got pop-R&B vibes with lead single "The Good" and mellower soul with "Day Off." The artist now shows us what she can do with an emotional pop ballad on the set's latest single "Alive."

The track is all about facing the ghosts of your past and the consequences of your actions. Lyrically, she's concentrating on the regrets of lessons unlearned. "I wished I'd learned to take heed of all the signs / I wish I could turn back the hands of old man time," she belts on the song's chorus. "It's the saddest of truths, seen it with my own brown eyes / If you play with fire, you'll get burned alive." Underpinning her urgent vocal is piano, string, electric guitar and drums that give the song an epic feel that befits the complex emotions that Cynthia is attempting to convey.

"Sometimes we run away from who we've been and what we've been through, thinking that's the best way to move forward," Cynthia said in a statement expounding upon the song's meaning. "But we have to stand flat-footed and look at those experiences, and [learn the lessons they were meant to teach]."

Cynthia Erivo is three for three with the releases from Ch. 1 Vs. 1, proving that some good things are well worth the wait. We won't have to wait much longer for the album, though, as it's set to arrive in the middle of next month. Check out "Alive" below and then stick around to watch Cynthia deliver a stunning performance in the song's official live video.