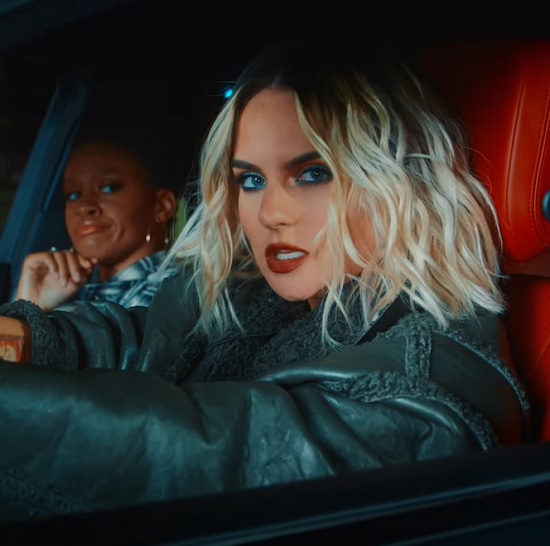 They say once bitten, twice shy. It seems that's the case with singer JoJo. The prolific artist has kept the new music coming in recent years and that is showing no signs of stopping. She returns once again with her brand new single "Worst (I Assume)" and its visual.

The song finds JoJo addressing her own insecurities and how they're affecting her relationship. Over a guitar-driven groove crafted by WU10 and Cardiak, she owns up to all the unnecessary drama she's causing because of her past hurts. "I keep assuming, you're gonna do s**t / That might break my heart so I keep up my guard," she sings on the chorus. "And I know it's confusin', how I put you through it / My past and my scars, still make it hard / I assume / Always thе worst, I assume." She conveys a feeling that's highly relatable, especially to those who are a bit wary of love.

In the visual, we see JoJo roll up to a liquor store with her dancer homie Dominique Battiste as she begins the song. The two perform creative movements to the track that act out the song's lyrics. Eventually, the camera shifts its focus to only JoJo and we're taken into a white void with the singer before the track changes to another song while a heartfelt message from the singer to her fans is displayed across the screen.

"Worst (I Assume)" is the lead single from JoJo's upcoming project trying not to think about it. Described as a "capsule project," it will contain new material created by the singer after the experience of the past year. "Sometimes we feel like we’re the only ones. But we NEVER are alone in our darkness," she said of the the inspiration for the project in a statement. "If you listen, I hope this project makes you feel seen, validated, not crazy, and hopeful that you won’t feel bad forever. You’re more in control than you think."

trying not to think about it will arrive on October 1st and will be accompanied by an intimate six-city tour. You can find out more about both by visiting JoJo's website.