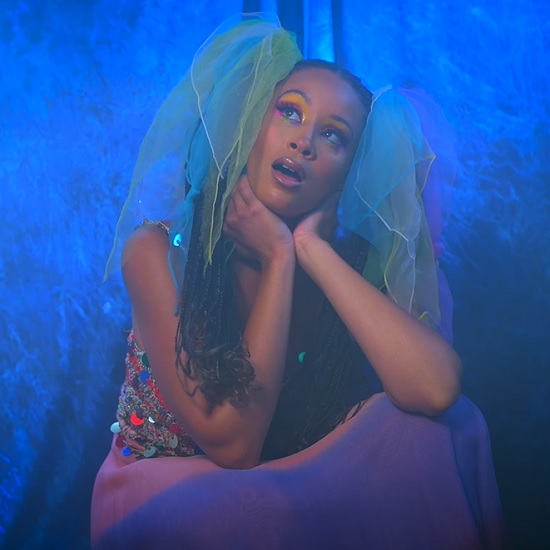 Lion Babe has finally released their highly anticipated third album Rainbow Child! The set has easily been one of our most wanted releases, with our anticipation stoked by a steady stream of singles (including "Frida Kahlo," "Signs" and "Get Up"). Now that it's finally out in the world, the duo is offering us one more visual with the music video for opening track "Rainbows."

The song, which features Ghostface Killah (marking their second collaboration with a Wu-Tang Clan member), is all about peace and positivity. It finds them looking for unity and the shedding of the cynicism we so often fall into. "We’ll promise to begin / Keep going understand / When we are feeling low / Don’t know which way to go," singer Jillian Hervey sings on the verse. "Look for the moment / There will be hallelujah / Beneath the fear in me." The mellow guitar and piano arrangement then lead into Ghostface's verse, on which he encourages us all to push past the darkness to find unity among one another.

The visual plays up the colorful theme that has been prevalent in all the Rainbow Child videos (though perhaps it's most relevant here due to the song's title). We see Jillian and partner in crime Astro Raw in multi-hued outfits and among multicolored lights as the video progresses. The video's highlight, though, is Ghostface standing against a sequined backdrop as he spits his positive rhymes. It's another case of keeping things simple yet effective to help convey the song's theme.

Check out the clip for "Rainbows" when you press play and then stick around to stream Rainbow Child in full.