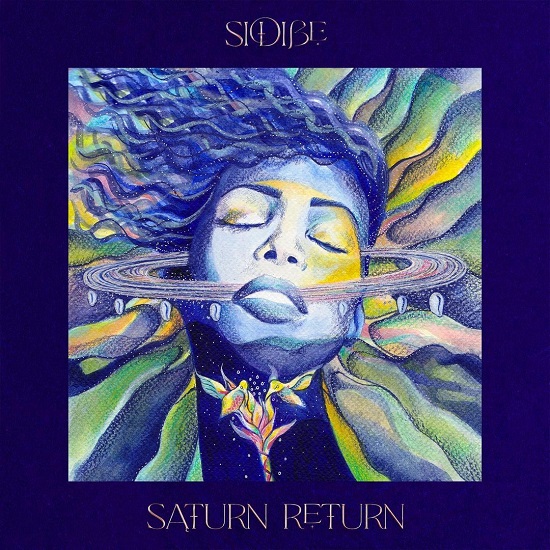 Every 29 years or so, the planet Saturn will return to the same place in its orbit that it was when you were born. In astrology, this is called the Saturn Return and it's supposed to symbolize a period of change in one's life. Saturn Return also happens to be the name of the newest EP from singer-songwriter Sidibe. The artist wowed us with her last effort Reckless Abandon, and she does so once again with this five-song set.

We already knew that the EP would be something special with singles "Feelin' 4 U" and the slow jam "Ready Enough" (which also features the talents of Devin Morrison and legend Herb Alpert). But she somehow expands upon the great start with the inclusion of the other songs. Sidibe always has a romantic feel to her songs reminiscent to the rush of falling in love and the songs included continue that trend.

"Wish We Weren't Friends" finds her delivering a breathless vocal couched in gossamer synths and a groove that pulses like a heartbeat. Since the song is about falling in a sort of forbidden love with a friend, this approach only adds to the song's lyrical depth to make us feel equally caught up in her rapture. "Come Home With Me," meanwhile, picks up the pace just slightly while still giving us a breathy vocal and seductive groove that can trace its DNA to '90s quiet storm R&B with a dash of Sade thrown into the mix. She closes the set with mostly instrumental cut "First Water." The beginning features her harmonizing over a silky-smooth instrumentation as she ties the romantic with the theme of change that the EP's title suggests. "Everything will change / Beauty is forever / Things won't stay the same / Diamonds are forever / It all fades away," she eventually sings in layered harmonies that hit like waves as she sweeps us away before the song eventually winds to its conclusion.

If there's anything detracting to say about this EP, it's that five songs are just not enough time to spend in Sidibe's world. She knows how to craft a feeling and atmosphere that you want to get lost in for as long as possible, so less than 20 minutes in her space feels almost abrupt. Still, leaving us wanting more of a good thing is the best problem to have. Perhaps for her next outing, we'll get to spend even more time being lulled into her orbit.