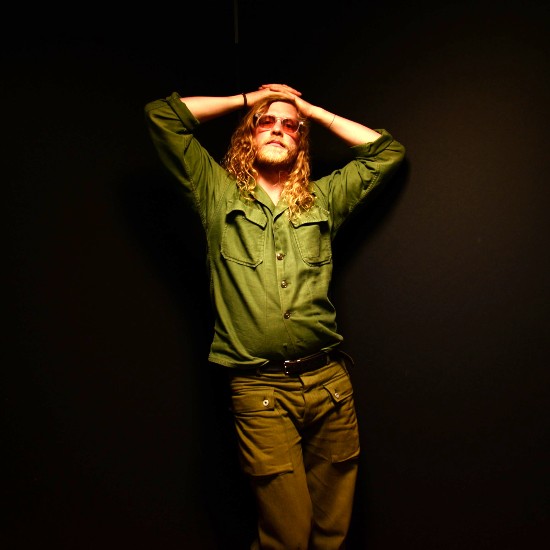 As he prepares for the release of his forthcoming album APART, Allen Stone continues the rollout for his first-ever acoustic project with a new single. “Where You’re At” follows his cover of the legendary Bob Marley’s classic “Is This Love” and takes a more introspective turn. Noting that the track holds a special place, Allen explains, “I wrote it in a particularly dark period of my life and has since been a consistent reminder to practice gratitude, to search for the silver lining and rest your mind on those things: love where you’re at.”

Both this latest single and the upcoming album showcase the beauty of simplicity and centralize Allen’s crisp and powerful vocals. Viewed as a “document of one of the most fantastically strange moments in his career to date,” ‎the project features stripped-down versions of some his most popular songs, further highlighting the genius of his songwriting. The album was recorded over the course of three 10-day sessions at Bear Creek ‎Studios, a converted barn on a 10-acre farm in Washington, Allen's home state. Clearly, the minimalist yet familiar setting provided the backdrop for insight and inspiration. Known for the emotion he conveys in every note, the acoustic format allows the soul and sincerity of Stone’s tone to shine through and we’re excited to hear more.

Listen to Allen Stone’s acoustic spin on “Where You’re At” and pre-order the full APART album before its release on November 12th via ATO Records. Having been hand-picked by Fat Belly Bella herself, SoulBouncers in Las Vegas can catch Allen as part of Erykah Badu’s show on October 24th. The rest of us can grab tickets for his North American acoustic tour, which kicks off December 2nd in Toronto.