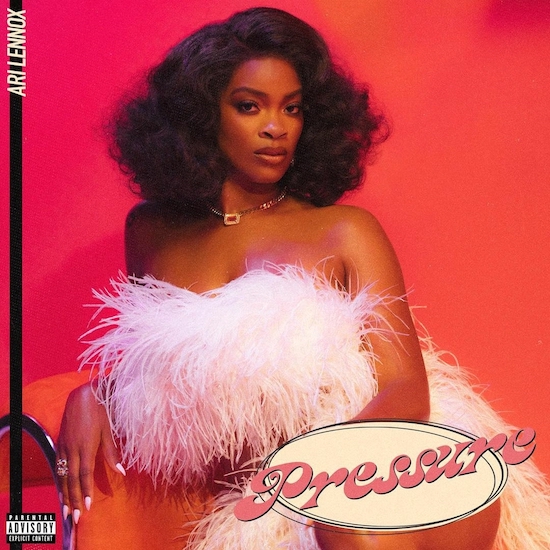 Ari Lennox has re-entered the chat. The Shea Butter Baby singer has been cooking up something for our ears for a while now and has been teasing us all week on her socials with the promise of something good. Now the Dreamville songstress delivers on that promise with the release of her new single "Pressure" and its period-hopping video.

For "Pressure," the singer teams up with the hit-making trio of Jermaine Dupri, Bryan-Michael Cox and Johnta Austin, the same fellas who gave Mariah Carey her groove back on 2005's The Emancipation Of Mimi. The fellas teamed with Ari on the songwriting tip and give her a Motown-esque feel on the beat while keeping things lively with JD's signature ticking hi-hats. Ari wastes no time getting down to business as she lets a lover know exactly what she wants. "Keep your eyes on me, eyes on me, apply that pressure / Get it, don't be timid when you in it, apply that pressure," she sings. "Love up on it, nibble on it, leave it (pressure) /I don't want no drip, baby, spray it like you mean it." Well, alright then

She picks up on the old-school vibes of the song for the video. Starting with the obvious tribute to the looks of Motown era, she dons a beehive wig and flowing gown while doing her best Diana Ross impression. She then switches up decades and looks throughout. That includes a '70s feathered sexpot getup, a scintillating Donna Summer-inspired disco diva, a very 2000s ghetto glam appearance and, finally, a comfy future-forward glimpse. Though paying homage, each look feels uniquely Ari Lennox and makes for a fun time watching.

With Ari applying "Pressure" like this, you've got to know more is to come. We'll be patiently awaiting whatever's next.